As Syrian struggles with ever more difficult economic conditions, the Minister of Internal Trade has told them to not forget the support provided by regime, a statement that has been widely derided reports Etihad Press. 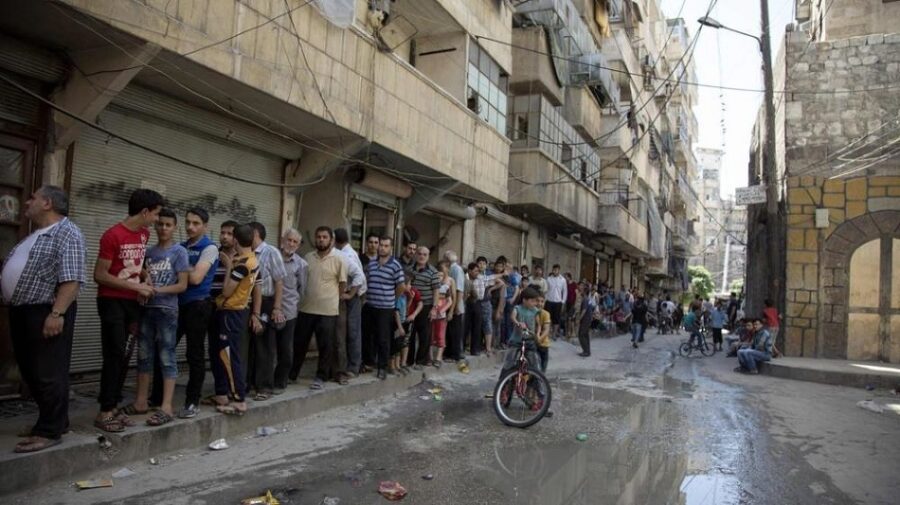 The collapse of the Syrian pound against the US Dollar, the difficulty of securing a livelihood for the residents of Damascus, high prices, and other economic problems afflicting Syrians did not prevent the Minister of Internal Trade in the Syrian government, Talal al-Barazi, showing off and reminding the Syrians of the support that the government provides to them, in an attempt to scold them and prevent them from claiming their minimum rights or protesting the negligence.

In an interview with Al-Watan newspaper, Barazi mentioned the value of the support that the government provides to the Syrian population, while failing to mention the fact that the government is continuously raising the prices. The most recent price rise affected fuel and bread. Barazi said, “The support provided by the state, despite all circumstances, did not stop despite the war and it continued to provide basic materials for citizens.”

Barazi promised that next year will be better, saying that “2021 is a year of breakthrough,” six months after his previous statement in which he called on citizens to be patient until the end of 2020, when difficulties will have been overcome, something that has not happened until now.

In his statement, Barazi emphasized that his ministry has a problem with a small percentage of weak-minded merchants who took advantage of the conditions of war and the difficult living conditions resulting from the unjust economic blockade.

Some Syrians mocked Barazi’s statements. One of them said, “The difficulties he said he was going to overcome before the end of this year have actually increased rather than decreased. The price of a litre of sunflower oil used to be 3,300 pounds, today it is 5,400 pounds.”