A US official has welcomed criticism of her recent trip to northeastern Syria by Syria’s Permanent Representative to the UN reports North Press. 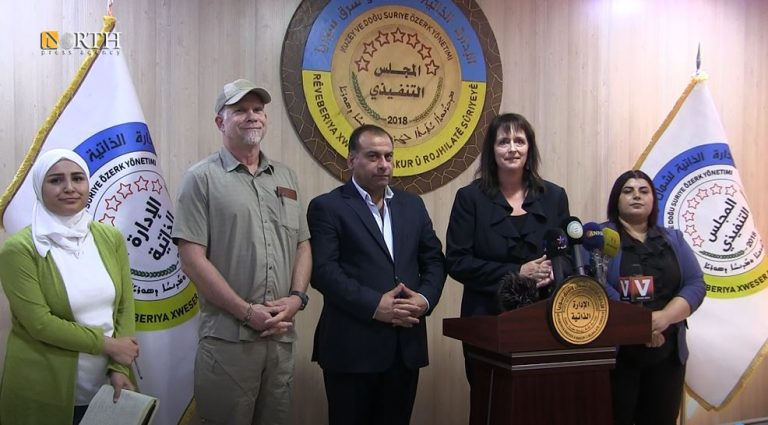 On Sunday, the Vice-Chair of the United States Commission on International Religious Freedom, Nadine Maenza, tweeted that she was “honored” to have been criticized by Syria’s Permanent Representative to the UN for her recent visit to Syria’s northeast.

In late October, Maenza made a visit in a non-official capacity to areas under the control of the Autonomous Administration of North and East Syria, along with Pastor Steve Berger from the Evangelical Church in Nashville, Tennessee.

Maenza’s Sunday tweet referenced a letter from Syria’s Permanent Representative to the UN, Bashar al-Jaafari, to the UN Security Council, dated Nov. 18, 2020, in which Jaafari claimed that Maenza and Berger, “illegally entered the 7 kilometre zone in the countryside of Deir ez-Zor Governorate, which is controlled by Kurdish militias who are the proxies of the American occupiers.”

Jaafari’s letter explained that the Syrian government viewed Maenza’s visit as a violation of Syria’s sovereignty and an attempt to “promote separatist militias” and “champion illegitimate entities,” and called on the UN to end what he claims are violations of international law by the US administration.