Minister of the Interior Horst Seehofer has suggested that Germany may end its general ban on deportations to Syria, angering other German politicians reports Etihad Press. 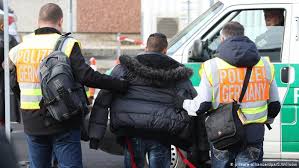 The German Pro Azyl organization, concerned with refugee affairs, has criticized the plans of the German Federal Minister of the Interior, Horst Seehofer, aimed at not extending the general ban imposed by his country on deportations to Syria, since “torture and arbitrary prosecution can affect anyone in Syria,” according to Pro Azyl.

Pro Asyl Executive Director Günter Burkhardt, said in statements to a German news agency that it is absolutely inappropriate for the interior ministers at the federal and state levels to discuss, during their fall meeting this week, the issue of ending the general ban on deportations to Syria.

He added that “the Syrian regime’s behavior cannot be predicted at all,” describing the proposal of Seehofer in this regard as merely “populist propaganda.”

Seehofer suggested not to extend the general ban imposed by his country on deportations to Syria beyond Dec. 31, 2020.

“I will call for us to examine, in the future, at least when it comes to criminals and those who pose security threats, the possibility of deportation to Syria, instead of imposing a blanket ban on deportation,” the minister said in previous statements at the Interior Ministers’ Conference.

A general ban on deportation was first established in 2012, and has been extended several times since then.

The expert on refugee affairs in the parliamentary bloc of the Green Party, Luise Amtsberg, said to Deutsche Presse-Agentur that Seehofer proved with his suggestion that, “his knowledge of the human rights situation and the security situation in Syria is alarmingly bad,” adding that some interior ministers have rightfully pointed out that deportation to Syria is unrealistic.