Following their withdrawal from a number of observation points, Turkey is establishing what will be their largest bases in the Jabal al-Zawiya area, with fresh reinforcements reports Jesr Press. 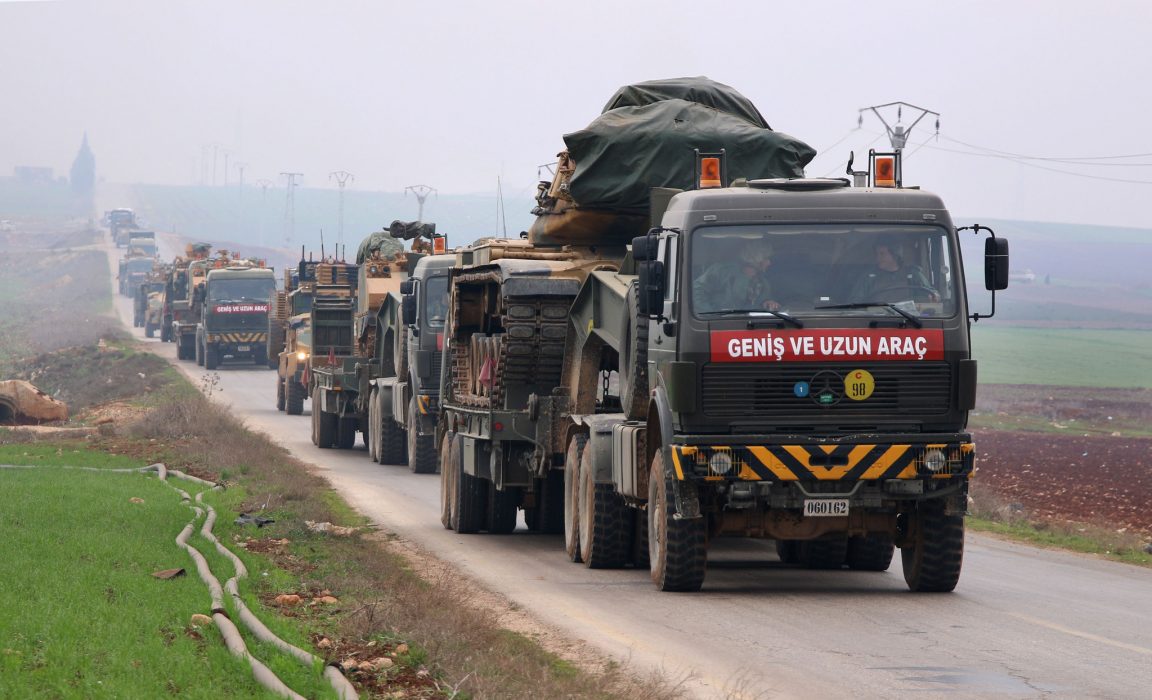 Local sources told Jesr Press that the Turkish army began, on Wednesday, establishing a military base in Jabal al-Zawiya. The base was described as the largest among Turkey’s bases in the region.

According to sources, several Turkish military bulldozers arrived at noon on Wednesday in the al-Masbah area, close to the town of al-Bara, located in Jabal al-Zawiya in the southern countryside of Idleb, and began preparing to establish a Turkish military base.

The start of the construction coincided with the arrival of fresh Turkish military reinforcements via the Kafr Lossin military crossing on the Syrian-Turkish border, including more than 60 armored vehicles and trucks that arrived in the area on Wednesday. The new equipment included huge cranes and bulldozers.

According to a military source affiliated with one of the National Army formations, al-Bara base is the largest of its kind to be established by the Turkish army in Jabal al-Zawiya.

The Turkish army has been working, as of late, to strengthen its military forces in the region, and has also established several new bases, after it dismantled most of its bases, which, by virtue of being besieged, were now within the areas controlled by the regime forces.