Speaking at the UN Security Council, Russia has condemned the recent visit of Mike Pompeo to the occupied Syrian Golan, describing it as a provocation writes Al-Watan. 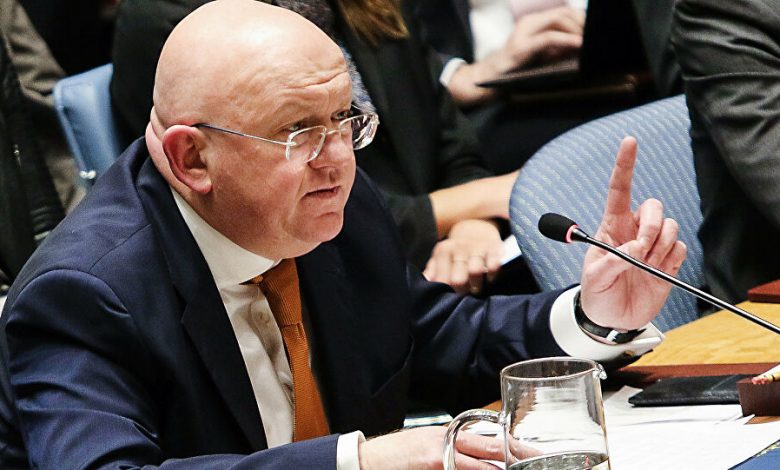 Russia strongly condemned the visit of US Secretary of State, Mike Pompeo, to the Israeli settlements in the recently occupied Syrian Golan, noting that it is considered a “provocation.”

According to Sputnik, Russia’s Permanent Representative to the UN, Vasily Alekseevich Nebenzya, said during a meeting of the UN Security Council on the situation in Syria, “We constantly call for preserving the unity of Syria and respecting its sovereignty and territorial integrity, and for abandoning plans to divide the country and prolong the crisis. The visit by a high-ranking US official is a provocation.”

On the other hand, Nebenzya stressed that Moscow will not allow the renaming of terrorists in Syria, which would help some Western countries in financing terrorism. He said, “The Syrian Arab Army is fighting attacks by terrorist sleeper cells.”

He pointed out that Idleb remains a hotbed of instability, especially with the presence of terrorists (Hay’at Tahrir al-Sham), stressing that efforts to combat terrorism will continue, despite Western officials’ attempts to defend terrorists, and calling on them to agree on a ceasefire.