A new source has confirmed that Anwar Raslan, who is on trial in Germany, was aware of the torture and abuses were taking place in Branch 251 reports Zaman Al-Wasl. 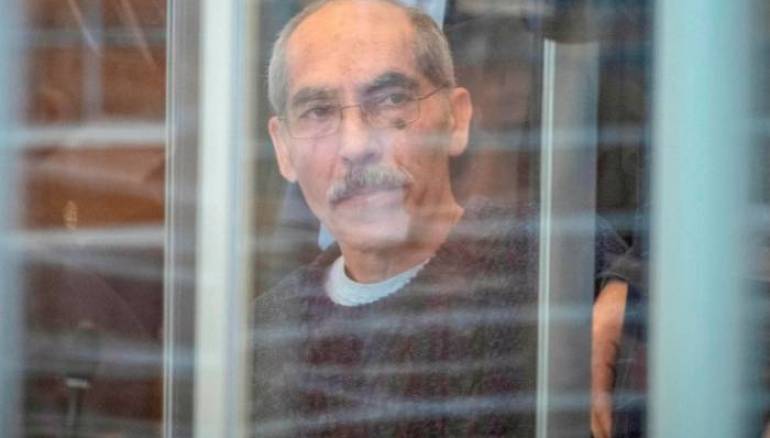 During the trial of Anwar Raslan before the Higher Regional Court in Koblenz, Germany, the former intelligence officer had posited some far-fetched claims denying that he participated in torturing prisoners and that no torture had occurred in the branch at all, saying that he helped release detainees during his period of service.

Zaman Al-Wasl obtained a new testimony that may change the course of the trial, corroborated by an officer who previously served for many years in Section 40 of Branch 251, as well as a number of security detachments from the same section, led by Brigadier General Hafez Makhlouf.

During his work in Section 40, the source witnessed significant security incidents in which Makhlouf played a major role, from 2005 to the few first years of the revolution.

In response to Raslan’s testimony, the witness said that, “His claim of assisting in the release of a large number of detainees from Branch 251 is false. Raslan does not have the authority to take this decision, which was only held by the head of the branch, Brigadier General Tawfiq Younes. Detainees were released from the branch with the start of revolution in 2011 because of the overcrowding in cells. The most important detainees were kept inside the branch while the rest that were randomly and arbitrarily arrested on the streets of Damascus.”

The witness then addressed Raslan’s claim that he did not torture the detainees, stating that perhaps he may be truthful, in that he did not personally practice and participate in torture; however, according to the witness, detainees were tortured under the direct orders of Raslan, as the head of the investigation department.

The witness also said that Raslan’s allegation that there was no torture in the branch is untrue. “Branch 251, since its establishment, as well as any intelligence branch in Syria, has been torturing detainees and extracting forced confessions from them. There are no prohibited methods of torture in the security branches in Syria. Extracting confessions from the detainees is the primary goal, under any circumstances and without regard to the detainee’s gender or age.”

Regarding accusations of rape inside the branch, the witness said that, “In my opinion, Raslan may be innocent and did not personally do it; however, I cannot deny the occurrence of such violations and sexual assault of the detainees by some of the prison guards and members of the branch during investigations and torture.”

When we asked about Raslan’s statement before the German court, in which he disavowed any direct responsibility of what had occurred inside the branch after the start of the revolution, the witness replied that, “Raslan, placing full responsibility on the Director of the General Intelligence Service or the head of Branch 251 and the head of Section 40, is incorrect. The Director of the General Intelligence Division, whether Ali Mamlouk or Deeb Zaitouni, has no direct knowledge of the arrests and investigations taking place inside Branch 251, because it is an independent branch.

“The head of the branch, Tawfiq Younes, knew the names of the detainees and had the authority to issue release warrants. As for the head of Section 40, Hafez Makhlouf, I assure you that he did not personally visit the prison inside the branch during my period of service, but he has the power to issue orders regarding detainees that had been arrested through the section. Therefore, Raslan is directly responsible for everything that happened in the investigation department and all the violations and crimes that took place there during his tenure.”