The refugee conference held in Damascus has been met with scorn and derision by those opposed to the Assad regime, and other International powers have been less than receptive. 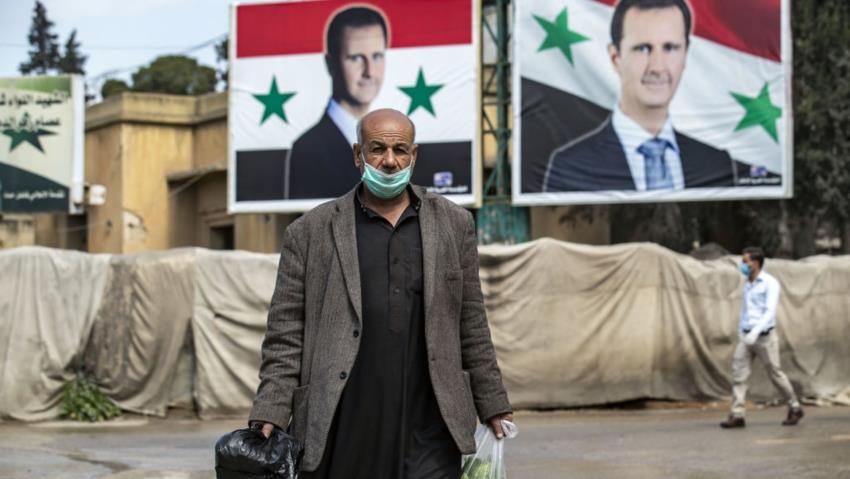 Opposition website Baladi News said that Bashar al-Assad reluctantly accepted the invitation to hold the International Conference for the Return of Refugees in Damascus.

From the outset, Assad wanted to create a homogeneous society, and today, as it has become clear, Russian pressure on the regime has forced it to call for this conference.

Russia has never been interested in either Syrian refugees or the Syrians loyal to it, for not even one refugee settled there. The Kremlin sees in the Syrian issue only an arena for testing its new weapons, as the Russian Defense Minister stated, which opened new markets for it to export the weapons it tested in Syria.

Wael Alwan, a researcher at Jusoor Center, said, “The Russians believe that the political solution must conform to the Russian vision, and this depends on international powers that have the capability to keep the sanctions on the Syrian regime, keep the siege in place, the international estrangement and the prevention of reconstruction. These four reasons are why this conference is a failure, similar to other measures taken by Russia. Those reasons are what prevents Russia from succeeding at any initiative or political move to keep the Assad regime afloat or give the solution a Russian identity, according to the Russian vision and wishes.”

Alsouria Net noted that the United Arab Emirates did not attend the conference that was held in Damascus on Wednesday, under Russian sponsorship, which already had a limited attendance and a weak representation of the few countries present.

The absence of the UAE comes after previous assurances by regime officials. An invite was extended to the UAE, which had confirmed its presence.

Ayman Sousan, the regime’s Assistant Foreign Minister, said in an interview with the Russian Sputnik agency that the United States put pressure on Egypt and the UAE to prevent them from participating in the conference.

According to Sousan, “the UAE announced yesterday its participation in the conference, but it refrained from participating at the last minute,” adding that “we do not care about the decision of these countries not to attend.”

Over the past two days, the Assad regime has extended invitations to all countries except Turkey, but the conference did not witness a great turnout, for only representatives from China, Iran, and Russia attended, while only Lebanon and Oman participated from the Arab world.

During the past few days, the UAE did not confirm it was attending the conference, nor did it comment on the regime foreign ministry’s talk about US pressure.

Nedaa Syria applauded the German government’s decision to define the criteria and conditions for the return of refugees, in response to the Russian conference in Damascus.

According to the website, the German government confirmed that the criteria that are being discussed, “must be a reality in Syria so that a large-scale return is possible,” as many Syrian refugees and displaced persons want to return to their homes, “but only a few of them are able to do so, which has been clear for years.

“The first criterion is that hostilities should have decreased dramatically, and permanently, and that security guarantees for the returnees are real and can be verified so that there is a formal agreement between Syria, the host countries, and UNHCR to welcome the returnees.

“Refugees and internally displaced persons must be able to make decisions based on information available to them, voluntarily and without any coercion. They should be able to claim their rights to housing, land and property, restitution of property, and should be entitled to obtain compensation in accordance with international law.”

The list of conditions also included granting amnesty without a long list of exceptions to returnees, including those who have not completed military service or are believed to have supported the opposition.

Syrian activists and lawyers deplored the conference and branded it hypocritical, manipulative and one that emboldens the racism of Europe’s far-right anti-refugee sentiments.

“Assad and Russia held today a conference in Damascus called ‘The Refugees’ Return’, they are still living in unbelievable denial. They still cannot accept that 10 million refugees left the country because of Assad. They still think someone will buy their lying and propaganda,” said Syrian human rights defender, Asaad Hanna, on Twitter.

Human rights lawyer, Laila Alodaat, slammed the refugee conference as an attempt to whitewash the systematic human rights abuses of the Assad regime and to manipulate vulnerable victims of war.

“The arguments presented by the Syrian government at this conference are consistent with their ongoing standing and practices, including consistent human rights violations against civilians, the systematic use of detention and torture and the manipulation and the politicisation of international aid,” she told The New Arab.

“This is one of many attempts to abuse and manipulate the ongoing suffering of the most vulnerable civilians to combat the few international measures put in place to hold the Syrian regime accountable for its abuses, for example, the sanctions.”