Two men in possession of a large quantity of drugs were arrested, only to then be released, following intervention by senior figures in the Assad regime reports SY 24. 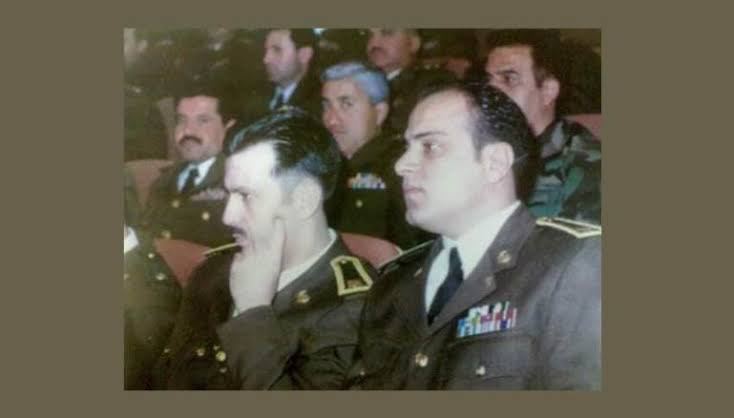 Sources revealed that high-level security figures affiliated with the Syrian regime have been involved in protecting drug traffickers and large shipments moved by Hezbollah from Lebanon, so that they can be smuggled to Gulf countries.

Sources told SY-24 that two drug dealers were arrested in Maarat Saidnaya in the countryside of Damascus, the first called Elias Makhoul al-Sheikh and the second by the name of Yamen Elias al-Sheikh. They were in possession of a large quantity of drugs, with an estimated value of about 2 million dollars.

The sources indicated that the Saidnaya branch headed towards Maarat Saidnaya and arrested the two men, who were taken to Damascus.

However, the two individuals were only held for four hours.

The sources added that after the arrival of the two men to Damascus, an unidentified person got in touch with the Director of the President’s Office, Maj. Gen. Ghassan Bilal. As a result, the two men were released after a period that did not exceed five hours, in exchange for a sum of money of 400,000 dollars.

The sources mentioned details about the source of the drugs, which came from the Lebanese Hezbollah militia to dealers in Syria, so that they could be smuggled through the Badia (Desert) region into Jordan or Iraq.

The shipment came from Lebanon via Hezbollah, entering Syrian lands through illegal border crossings, reaching Syrian dealers who work with Hezbollah. Drugs are transported by military vehicles from western Qalamoun to the Badia in coordination with regime officers.

SY-24 sources indicated that the drugs are also exchanged for crystal meth, which comes from Iran. Kuwait is the Gulf country that consumes this substance most. Iraqi drug traffickers are the ones who exchange meth for captagon and hashish.

Earlier Monday, the regime’s security forces claimed that an unidentified Mercedes car, containing about 400,000 Captagon pills, had been seized on an off road near Hasiyah in the southern countryside of Homs.

The regime’s Ministry of Interior said in a statement that the Homs Narcotics Control Branch, by keeping tabs on the activity of drug users and drug dealers, and after receiving a tip about the Mercedes, which was en route to Damascus, made its way to the site.