UN Special Envoy for Syria Geir Pedersen has been criticised for a speech he gave at the UN Security Council, where he did not announce the next meeting of the Constitutional Committee writes Al-Watan. 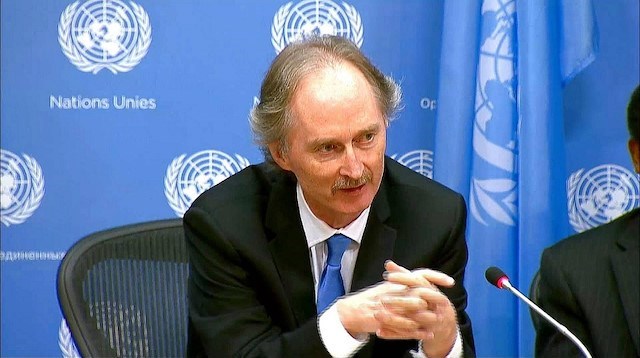 An Arab diplomatic source in Damascus yesterday’s briefing by UN Special Envoy for Syria Geir Pedersen, before the Security Council, as “inaccurate.”

The source, familiar with the details of the visit of Pedersen, said that the latter held two meetings with Dr. Ahmad Kuzbari, co-Chair of the Constitutional Committee, during his visit to Damascus last Sunday and Monday, and presented a proposal to solve the problem that occurred recently regarding the agenda of the fourth round that did not take place on Oct. 5, 2020.

According to the source, Kuzbari informed Pedersen of the approval of the Syrian national delegation of the envoy’s proposal.

It was agreed that the next round will be held on Nov. 22, 2020, and a fifth round will be held a few days later. What was surprising, though, was that Pedersen did not announce this in his briefing. Rather, he only said, “I spoke with both co-chairs of the Constitutional Committee and the details were laid out, but we have not reached an agreement as yet.” He added, “Of course, nothing can be agreed upon until everything is agreed upon.”

“If an agreement is reached within the next two days, it will be possible to meet in Geneva at some point in November,” Pedersen said.

The source told Al-Watan that Pedersen’s words clearly indicate that the one who is obstructing the next round, or the two rounds that were agreed upon in Damascus, is the Turkish-backed opposition delegation, and Pedersen was supposed to point this out clearly and explicitly.

The source wished the UN envoy would adhere to impartiality and transparency in his briefings, especially after the national delegation agreed to all the points he had put forward during his visit to Damascus. Pedersen should have announced that, to prove his credibility as a facilitator of the talks, rather than to suggest that he is a party to them.