With a continuing lack of bread and ever rising fuel prices, Syrians are feeling the strain and becoming increasingly frustrated with long queues and the dire economic situation reports The Levant. 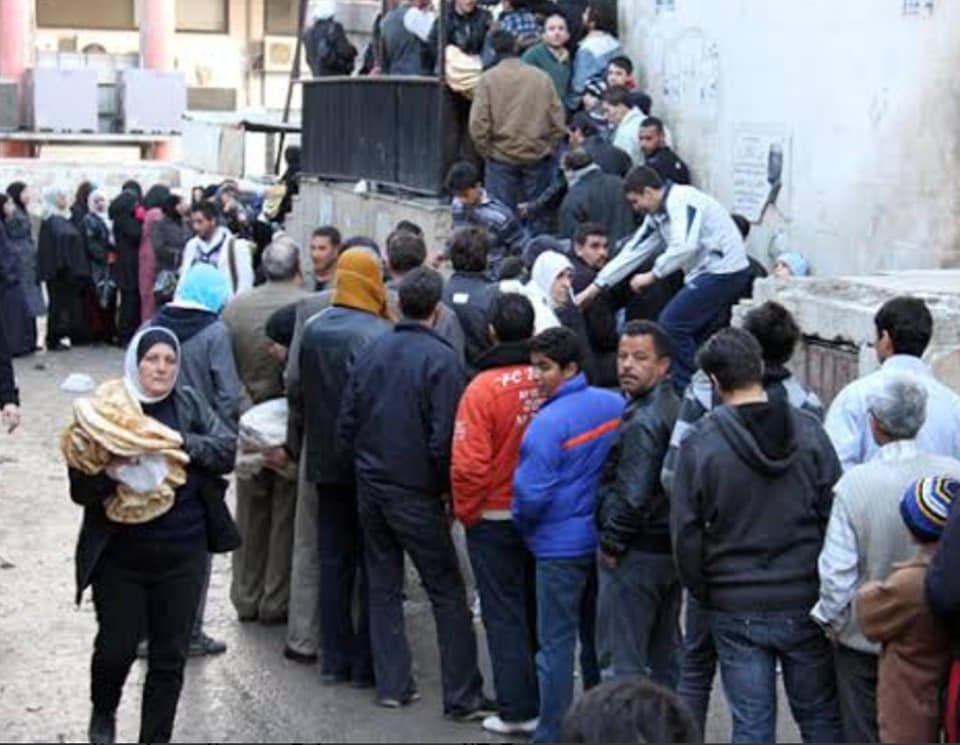 A wave of discontent took social media sites by storm as a result of the unavailability of bread in areas under the control of the Syrian regime, as well as the increase in fuel prices, despite the existing crisis.

Local sources reported that the areas controlled by the Syrian regime are witnessing discontent expressed by citizens, who have been waiting for up to five hours in front of bakeries to buy one bag of bread.

What is more, an escalation in conflicts among residents was noticed during waiting periods, with fist fights and quarrels breaking out in front of some bakeries.

According to the Syrian Observatory for Human Rights, people waiting in front of the Sheikh Saad bakery in the Mezzeh neighborhood of Damascus put their daily suffering into words, saying, “I have to wait for hours for a bag of bread, which costs 1,000 Syrian pounds. Who can afford that? Women have to leave their children unattended for five hours to wait for bread. What is the solution? Give us a solution. We need officials to find a solution to this humiliating situation we are in. We are hurting. One bag of bread for five people is not a [decent] life.”

On the other hand, the fuel crisis is still ongoing in areas under the control of the Syrian regime. Queues of cars continue to wait at petrol stations, without any tangible or positive prospects.

Russia Today reported that the government of the Syrian regime has more than doubled the prices of industrial and commercial diesel, as well as the price of a liter of 95 octane gasoline, which does not enjoy support by the government.

Also, the Ministry of Internal Trade and Consumer Protection, affiliated with the government of the Syrian regime, issued on Monday evening, a decision to raise the price of a liter of industrial diesel and commercial diesel from 296 Syrian pounds to 650 pounds.

The ministry also raised the price of a liter of 95 octane gasoline, which is now 1,050 Syrian pounds, the second increase this month, as the ministry had previously raised it from 450 to 850 Pounds on Oct. 8, 2020.