The Russian Air Force, with help from the Syrian counterparts, launched a devastating attack against the Turkistan Islamic Party in Idleb, causing a great many casualties reports Al-Masdar. 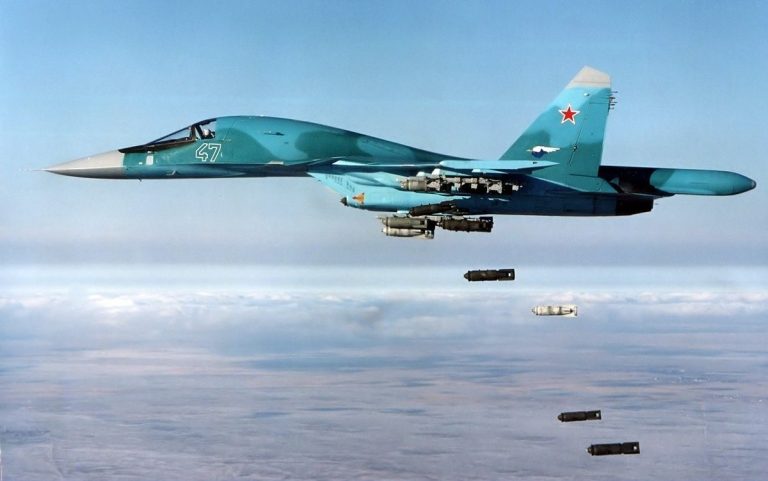 The Russian Air Force, with help from their Syrian counterparts, launched a massive attack on jihadist positions in the northwestern region of the country.

According to a field report from northwestern Syria, the Russian Air Force primarily targeted the Jisr al-Shughour area, hitting sites belonging to hardline groups like the Turkistan Islamic Party.

The Russian Air Force’s attack reportedly destroyed a jihadist training base, which was monitored by their drones shortly before the aerial assault was unleashed.

In a follow-up report on Wednesday, the Sputnik Agency said the attack resulted in the death of dozens of jihadists belonging to the Turkistan Islamic Party.

The agency said that over 30 of these jihadists were killed by the devastating attack, which they said targeted strategic sites in the Jisr al-Shughour area of western Idleb.

Sputnik’s correspondent quoted a field source as saying that, “Russian reconnaissance aircraft detected a massive movements of vehicles and militants trying to reach one of the headquarters near the town of al-Hamama in the Jisr al-Shughour area.”