Tartous is suffering from a chronic lack of bread, and the bread that is available is of poor quality, adding to the woes of residents reports Baladi Press. 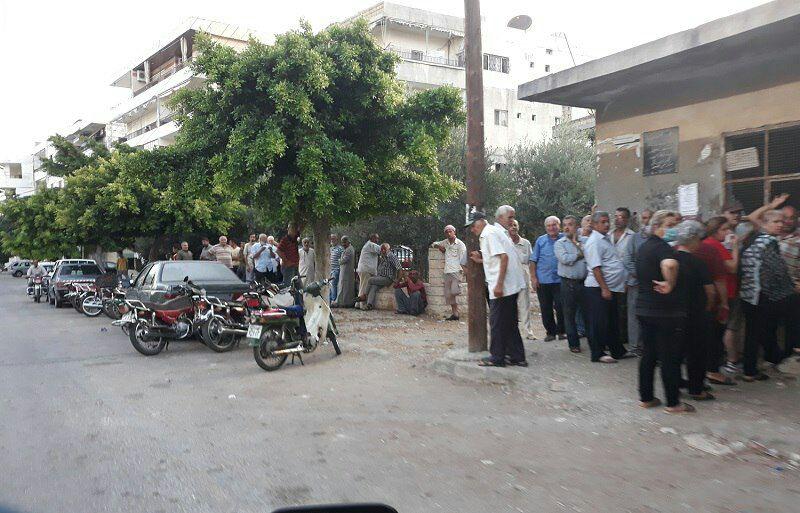 Tartous Governorate and its towns have been witnessing long queues of people outside bakeries waiting to get bread.

According to the same sources, “There is always a delay in the arrival of bread to the vendor, and the problem is that the number of people in the neighborhood is very large, estimated to be in the thousands, while there are only three vendors. The latter are owners of various commercial stores and practice authoritarianism over people who are not regular customers, by not selling them bread.”

The sources added that the bread does not abide by even the lowest specifications set by the government, unlike private bakeries, for the weight is inaccurate, the quality leaves much to be desired, and the hygiene is sub-par.

The director of the regime-affiliated Tartous automated bakeries, Salem Nasser, claimed that the future will be more stable as the vendors figure out the process and the quantities they need, for some vendors used to get about 600 bags of bread per day, while now they get only 400.

The regime-controlled areas have witnessed crises and long queues in front of bakeries and gas stations, in a scenario that has become familiar, amid popular discontent and confusion on the part of the Assad government.