After being prevented from carrying out their duties, the Hand in Hand Organization for Relief and Development has said that it will no longer provide services to the Kafr Takharim hospital reports Baladi News. 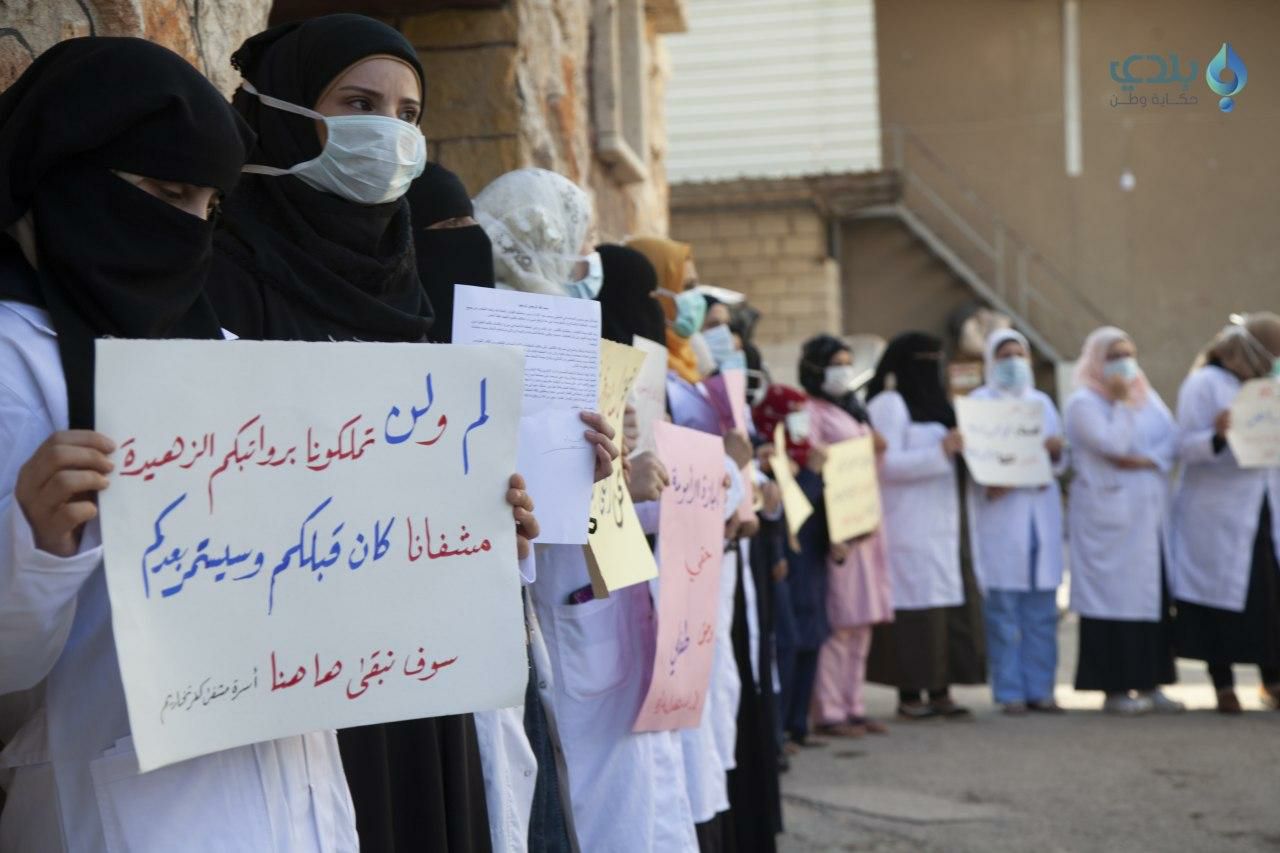 The Hand in Hand Organization for Relief and Development announced, in an official statement on Sunday, the suspension of support for the Kafr Takharim Women’s and Children’s Hospital in the northwestern countryside of Idleb.

The organization said in its statement, “On Oct. 11, 2020, a group that does not belong to the hospital staff prevented members of the hospital administration (the medical and administrative director) from entering the hospital. They reprimanded some of the medical staff using weak arguments and without prior coordination or direct communication with the organization. The complaints were not professionally lodged through the channels of open communication, which are open around the clock.”

The organization added, “We were surprised that the Minister of Health in the Salvation Government intervened personally to impose a fait accompli, which we cannot accept.”

The statement continued, “We at the Hand in Hand Organisation for Relief and Development, are forced to suspend work in the hospital until these interventions are brought to an end and all necessary guarantees are ensured so that no future intervention harms humanitarian work in northwestern Syria.”

The organization called for the immediate cessation of irresponsible behavior in the running of the hospital, to ensure that it continues to fulfill its humanitarian mission and to preserve the services provided by the organization’s cadres through it.

Hand in Hand considered these irresponsible actions a threat to the lives of civilians and contributes to preventing health services from reaching the affected people, and the party behind it bears full responsibility for the dangerous consequences of their actions.

The statement concluded by calling on the organization to neutralize health facilities from any such interference and to continue providing health services to innocent civilians in Idleb.

On Sunday, the medical staff working at Kafr Takharim Hospital in the northern countryside of Idleb organized a protest against the practices and restrictions imposed by Hand in Hand and the hospital administration on the staff.

The Kafr Takharim Hospital is the only one of its kind in the region that provides free medical services to women and children in the northwestern countryside of Idleb. It serves about 400,000 people from Harem city all the way to central Idleb. It houses the women’s and children’s clinics, a paramedic department, a department of surgery, incubators, a radiology department, and a laboratory.