Families living in the al-Deir camp in Idleb have been told they must pay 50 Turkish lira, despite the poor condition in the cam and lack of services reports Baladi News. 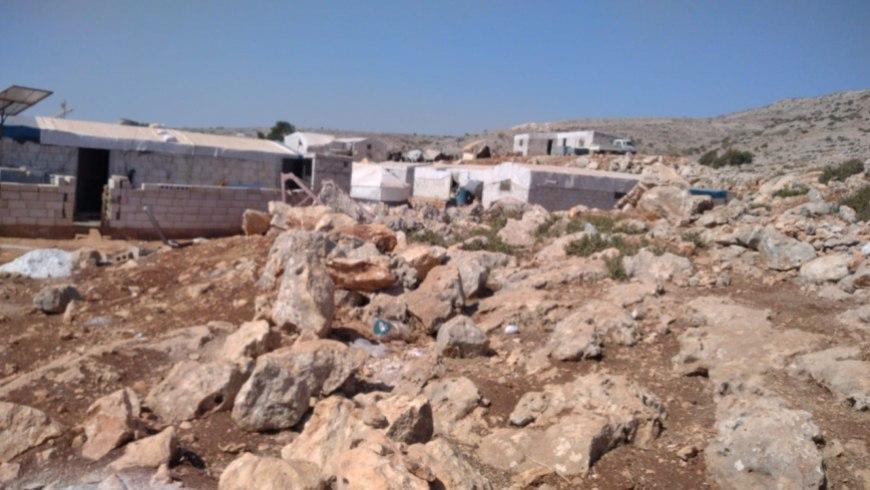 The Agriculture Office of the al-Deir Hassan Local Council demanded the residents of the al-Deir camp, near the town of Talada in the northern countryside of Idleb, pay the amount of 50 Turkish liras as an annual “rent” for each tent, in addition to issuing new lease contracts with the displaced, even though the land was previously owned by the state.

An exclusive source from the camp told Baladi News, “Last year, we paid the Agriculture Office of the Salvation Government an amount of 3,500 Syrian pounds for each 10×10 tent in the camp in exchange for land lease, land that belongs to the state and is not even private property.”

The source explained that the Salvation Government’s Agriculture Office informed the camp director that lease contracts must be renewed and that 50 Turkish liras must be paid for each tent occupied by the displaced, in exchange for renewing the lease contract with the Salvation Government as a way to legalize housing in state property, which happens to be uninhabitable land.

The source pointed out that most of the displaced people residing in the camp refused to pay the Agriculture Office because they are poor and their living conditions are already precarious, which means they are unable to secure the amount, noting that the camp residents have not received any form of support or aid from the Salvation Government since they started living in the camp.

The source pointed out that no organization acts as camp guarantor, which means that the displaced pay large sums to prepare the land so they can erect their tents, despite the land being mountainous, rugged, and unsuitable for housing.

According to the source, each displaced family paid nearly 100,000 Syrian pounds in order to scrape off the land and erect each tent.

The number of displaced families in the al-Deir camp is about 150, all of whom were displaced from the southern countryside of Idleb and northern Hama.