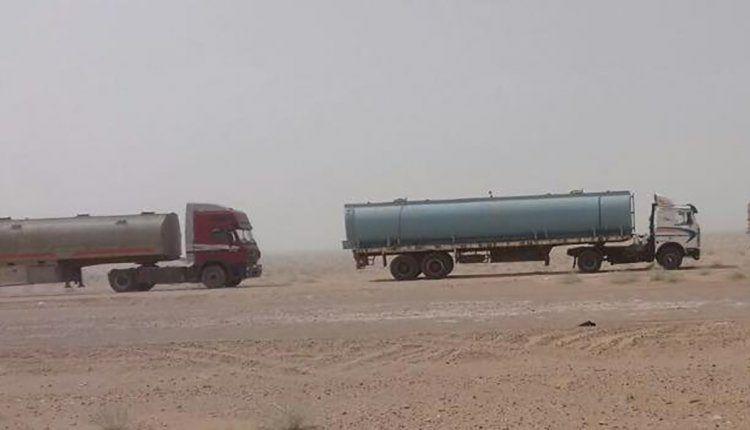 Oil tanks belonging to Hussam al-Qatirji continue to enter the areas controlled by the Syrian Democratic Forces (SDF) to transport oil to the regime-held areas.

According to media sources, dozens of tanks belonging to the Qatirji Company entered SDF areas on Monday to transport oil to the regime-held areas through the al-Hurra crossing, south of al-Tabqah, in the southwestern countryside of Raqqa.

The US Department of the Treasury had imposed sanctions on Qatirji Company in September 2018, as it played the role of mediator between the Syrian regime and the Islamic State by facilitating the transfer of oil shipments between the two parties, in addition to providing the regime with fuel and weapons shipments as well as financial support.

The businessman, who rarely appears in the media, is a supporter of the Syrian regime and praises the operations of regime forces against opposition factions. As a reward, Qatirji was given a seat in the People’s Assembly in the 2016 elections under the farmers and workers category in Aleppo.

Qatirji entered the public eye in recent years, due to his secret dealings with the Islamic State and the SDF, in favor of the Syrian regime.