The Syrian regime has said that Syrians arriving at the border, will be allowed entry, regardless of whether or not they have the 100 dollars to exchange writes Alsouria Net. 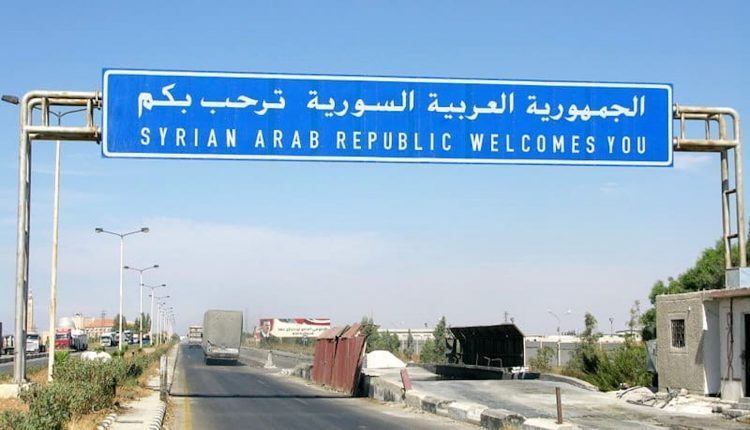 Prime Minister Hussein Arnous in the Assad government, announced that his government has issued new instructions regarding the obligation for every Syrian citizen to exchange 100 dollars to be allowed to enter the Syrian territories.

Arnous said during a session of the People’s Assembly on Thursday that his government had instructed the border crossings to allow any citizen who did not have the required amount to enter the country.

He added, “We will look into the requirement to spend a 100 dollars at the border when the circumstances permit. Those who do not have the amount will be automatically allowed to enter, which the Minister of Interior has been informed about.”

Arnous denied the presence of any Syrian stranded at the border due to their inability to exchange the required amount, mentioning that 24 people who did not have the money were allowed to enter in the past few days.

Arnous’ statements come a day after a Human Rights Watch report criticized the Assad government’s decision and accused it of obstructing the return of Syrians to their homes.

Arnous addressed the People’s Assembly on Thursday, saying that hundreds of dollars are spent abroad, but when it comes to exchanging 100 dollars at home, the issue becomes fodder for the media.

The cabinet issued a decision last July whereby every Syrian citizen wishing to enter Syria is obligated to exchange the amount of 100 dollars — or the equivalent in foreign currencies — into local currency, at the rate set by the Central Bank of Syria.

The decision sparked resentment and anger on the part of Syrians, who demanded its abolition, based on the fact that any Syrian has the right to enter their country without restrictions, according to the text of the constitution.

Photos of Syrians stranded on the Lebanese-Syrian borders have been spreading on social media recently. Those people were unable to exchange 100 dollars, which the Director of the Syrian Immigration and Passports Department in the Assad government, Naji al-Numair, denied.