Russian Foreign Minister Sergey Lavrov has said that the conflict between the government and opposition is over and that there is no need to attack Idleb reports Al-Masdar. 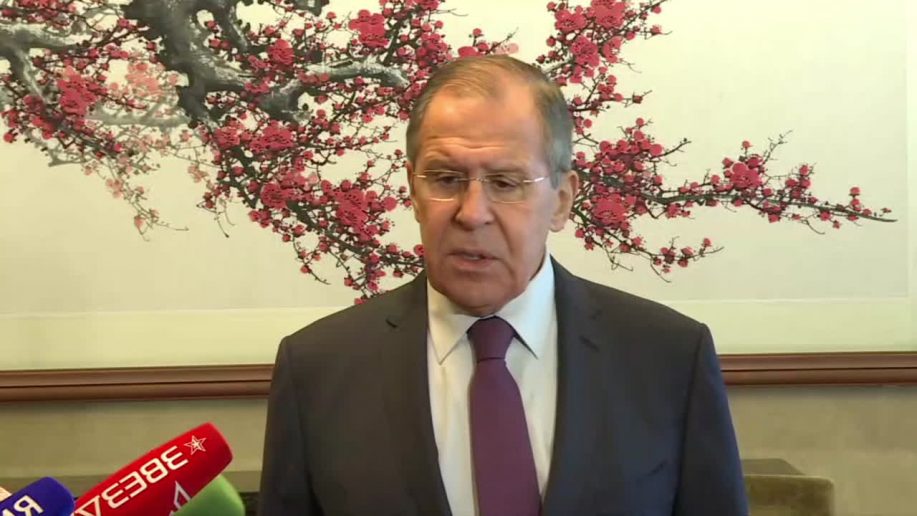 Russian Foreign Minister Sergey Lavrov considers the military confrontation between the Syrian government and the opposition in the country to be over, noting that there are only two hotspots in Syria, namely Idleb and the areas east of the Euphrates.

Lavrov said, in an interview with Al-Arabiya TV, whose text was published on the official website of the Russian Foreign Ministry on Monday, “I recently returned from Damascus, where I visited with the Russian Deputy Prime Minister, Yuri Borisov, who held talks on the prospects of economic cooperation, while I discussed with colleagues political situations.”

He continued, “I do not think that those who have spoken with Syrian President Bashar al-Assad, and other state officials, can say that the government of the Syrian Arab Republic is only counting on a military solution to the conflict. This is not true. The military confrontation between the country’s government and the opposition is over.”

He explained, “Idleb’s lands are under the control of Hay’at Tahrir al-Sham, but this area is being narrowed. Our Turkish colleagues, based on the Russian-Turkish memorandum, continue to fight terrorists and separate the moderate opposition from them.”

He continued, “The second hotspot is the eastern side of the Euphrates River, where the American military personnel operating in the area illegally united with the separatist forces, and are playing with the Kurds in an irresponsible manner.”

Lavrov stressed that the US military, “brought American oil companies to the region and started pumping oil for their own purposes without respecting Syria’s sovereignty and territorial integrity, as stipulated in Resolution 2254 of the United Nations Security Council.”

In a related context, Lavrov said, in response to a question about fears of a joint attack by the Syrian and Russian forces on Idleb, “There is a Russian-Turkish memorandum that is still in full force, and patrols on the M4 highway have been stopped due to security motives, because Tahrir al-Sham always carries out armed provocations and attacks the positions of the Syrian government forces, and also tries to attack the Russian air base in Hemeimeem.”

He added, “Our Turkish colleagues affirmed their commitment to fighting terrorism and separating real opponents, who are ready for negotiations with the government, from terrorists. There is no need for the Syrian army and its allies to launch any attack on Idleb. It is only necessary to target terrorist sites and eliminate their only remaining outpost on Syrian territory.”