Hay’at Tahrir al-Sham is using the Salvation Government to go after activists who are critical of their work, threatening them with legal charges reports Al-Modon. 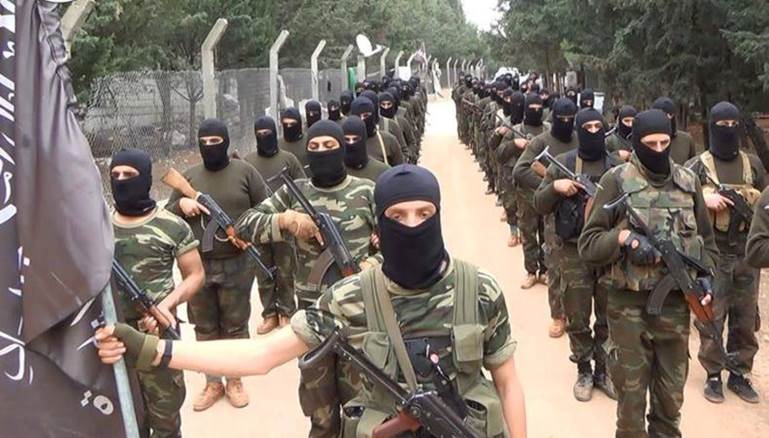 Hay’at Tahrir al-Sham has become increasingly dependent on the Salvation Government, its administrative wing, to pursue media activists in Idleb Governorate, instead of resorting to the arbitrary arrests that militants affiliated with it usually carry out.

The opposition Shaam News Network wrote, in an exclusive report, that several media activists received summons from the Ministry of Justice of the Salvation Government in Idleb, on charges of defamation and slander, in what appears to be the latest charges that have been devised for activists who monitor violations by the al-Qaeda-linked Tahrir al-Sham against civilians in its areas of control.

Word on the street has it that a number of official summons issued by the Ministry of Justice in the Salvation Government reached a number of media activists, asking them to report to the general prosecutor’s office regarding a lawsuit filed against them by an unnamed entity, for defamation and slander.

A local activist, who requested to remain anonymous for security concerns, said, “The policy of judicial summons has recently reached a good number of media activists in Idleb, asking them to pay a visit to the general prosecutor’s office. Some activists shared the news with the public, while others feared legal prosecution and resorted to secrecy.”

An activist explained that Muhammad Nazzal is the one leading the campaign against activists in the Idleb countryside. Nazzal was previously known as Abu Ahmad Khattab and Khattab al-Urduni. He is a Jordanian jihadist of Palestinian origin who joined the al-Nusra Front (now Tahrir al-Sham) in Syria in 2012. He became close to Tahrir al-Sham leader, Abu Mohammad al-Jolani.

As of late, Tahrir al-Sham’s media relations offices and the Salvation Government have been working to track the work of activists, even through their official pages. Many activists received a lot of warnings through both private and official phone numbers, about a post on Facebook or a tweet that criticizes Tahrir al-Sham’s work or anyone affiliated with it.

Nazzal and his staff rely on intimidation methods and threaten activists, specifically those working with media institutions that contradict Tahrir al-Sham’s agenda and may oppose it and criticize it practices, under the pretext of being keen on decent media work and serving the Syrian revolution as a cause. Many activists have been informed about the need to leave the institutions they work for, and were pressured through either promises or threats to quit their jobs.

Among the recent decisions issued by the Media Relations Office of the Salvation Government last month is putting restrictions on the work of Agence France Presse correspondents, in addition to preventing the media from working with Al-Aan TV and STEP News Agency, both against the Syrian regime.