Israeli warplanes have been spotted flying over the Syrian-Lebanese border, raising alarms and fears of an another round of airstrikes writes Al-Masdar. 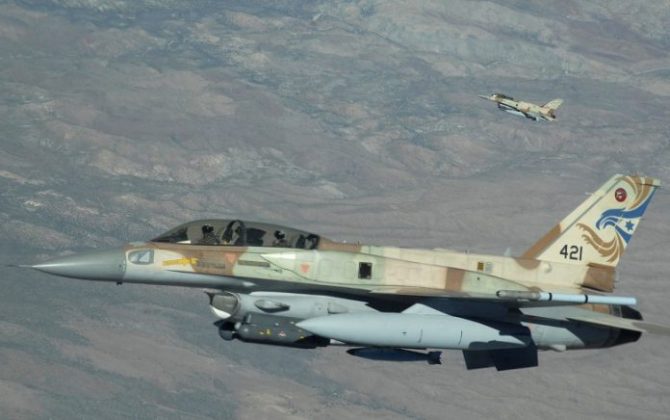 Israeli warplanes were spotted on Monday, carrying out sorties along the Syrian-Lebanese border, prompting the Syrian air defenses to raise their alert level.

According to a field report from Damascus, the Israeli warplanes approached the Arab Republic’s borders from the occupied Golan Heights before turning around towards the southern region of Lebanon.

The Israeli warplanes were once again seen near the border region; however, they once again turned away towards southern Lebanon.

At the same time, local Lebanese news outlets have reported similar information, but with Israeli overflights in the Hasbaya and Rashaya directorates of southern Lebanon.

These Israeli warplanes were then said to have moved towards the occupied Sheba’a Farms region, which is near the occupied Golan Heights.

In the past, the Israeli Air Force has used the occupied Sheba’a Farms and Golan Heights to launch attacks on Syria’s Quneitra and Damascus provinces.

However, the recent attacks by the Israeli Air Force have targeted areas away from the Syrian capital, with one particular strike targeting the Governorate of Aleppo.