Syrian are having to spend all day queuing at petrol stations to fulfil their needs, as prices continue to rise, but purchasing power remains stagnate writes Asharq Al-Awsat. 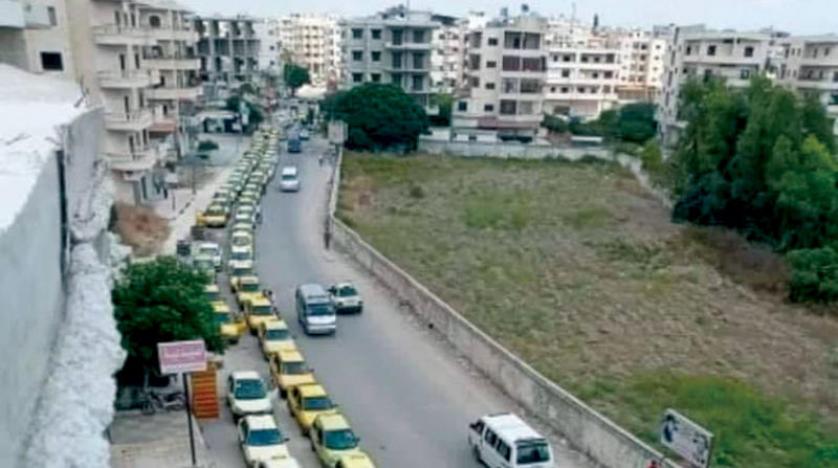 It seems that the many cars lining up in front of gas stations are indicative of the depth of the economic crisis in Syria and its capital with the start of the new school year. The condition of residents has never been worse, due to the exacerbation of the crises of securing bread at the subsidized price and gasoline. The cost of living has doubled and the purchasing power has decreased, coupled with skyrocketing prices.

In the past few days, securing bread at the subsidized government price (50 Syrian pounds for eight loaves) has become more complicated with the closure of many bakeries due to the lack of availability of flour as well as unprecedented overcrowding in front of open bakeries, in addition to stampedes and quarrels among citizens, amid government confusion and empty promises to find a solution that has not yet seen the light of day.

The ever-worsening bread crisis is accompanied by a gasoline crisis, with cars lining up in front of gas stations, day after day, becoming customary.

Some Syrians have been talking about a six-fold crisis (bread, gasoline, household gas, electricity, water, and medicine) that is ravaging the country.

This comes at a time when unprecedented stagnation has become the common denominator of most of the Damascene markets. Supply and demand appear to be very weak, especially at shops selling meat and chicken.

A man who sells chicken, and who has been in the same profession for over 15 years, confirmed to Asharq Al-Awsat that he has never witnessed such a stagnation. He said, “Take today as an example. We only sold a few kilograms. You can count them on your fingers.” He added that, “if things continue the way they are, I will definitely have to close the shop because I cannot even earn my household expenses. Let alone the shop’s rent and electricity and water bills.”

A woman explained to Asharq Al-Awsat that, “people can no longer afford to buy chicken after the increase in prices.” She added, “The price of a single two-kilogram chicken is about 10,000 Syrian pounds, and I need two chickens to cook a meal for my family, which would cost half of our income.”

UN reports and studies estimate that more than 87 percent of Syrians in government-controlled areas live under the poverty line, as the average monthly income of state workers does not exceed 60,000 Syrian pounds. Economists estimate that a family of five needs more than half a million pounds per month as a minimum.

The start of the new school year, and the significant additional costs it entails, adds to the suffering of citizens in light of the unprecedented wave of high prices, with the prices of uniforms and stationery having quadrupled compared to last year’s prices.