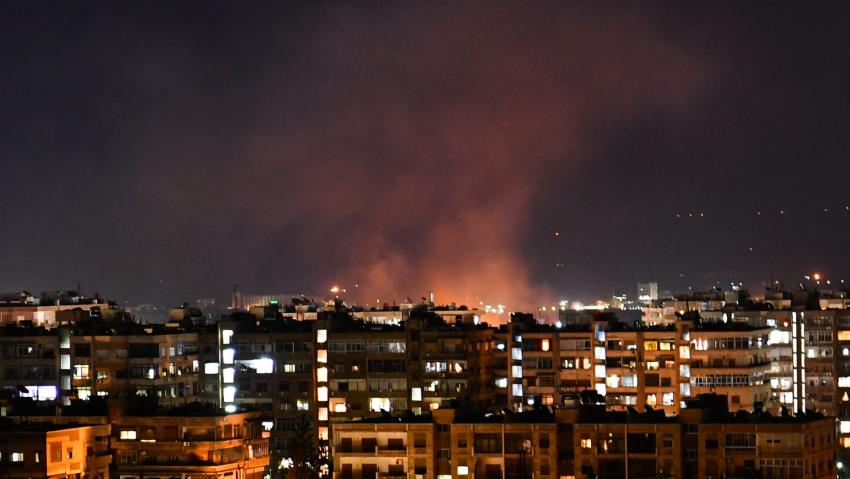 Suspected Israeli air strikes in eastern Syria on Monday killed 10 pro-Iran fighters, most of them Iraqis, a war monitor said.

The raids against militant positions south of the town of Albu Kamal in Deir az-Zour province took the lives of eight Iraqi and two Syrian combatants, the Syrian Observatory for Human Rights said.

The Observatory has previously reported suspected Israeli air strikes on Deir az-Zour, but these reports are rarely corroborated by Syrian state media or the Jewish state.

A US-led coalition is also present in the area after years of backing Kurdish forces in their fight against the Islamic State group.

The monitor says it relies on flight patterns, as well as type of aircraft and ammunition involved, to determine who was behind an aerial bombing.

Along with Russia, Israel’s nemesis Iran has been a key backer of the Damascus regime in its nine-year-long civil war.

Israel has carried out hundreds of air and missile strikes on Syria since the civil war broke out in 2011, targeting Iranian and Lebanese Hezbollah forces as well as government troops.

The Israeli army rarely acknowledges individual strikes, but did confirm on August 3 that it had used fighter jets, attack helicopters and other aircraft to hit military targets in southern Syria.

Syria’s war has killed more than 380,000 people and displaced millions more since starting in 2011 with the brutal repression of anti-government protests.