The WhIte Helmets have tackled the wildfires in the western countryside of Idleb, although work has been impeded by strong winds and rough terrain writes Baladi News. 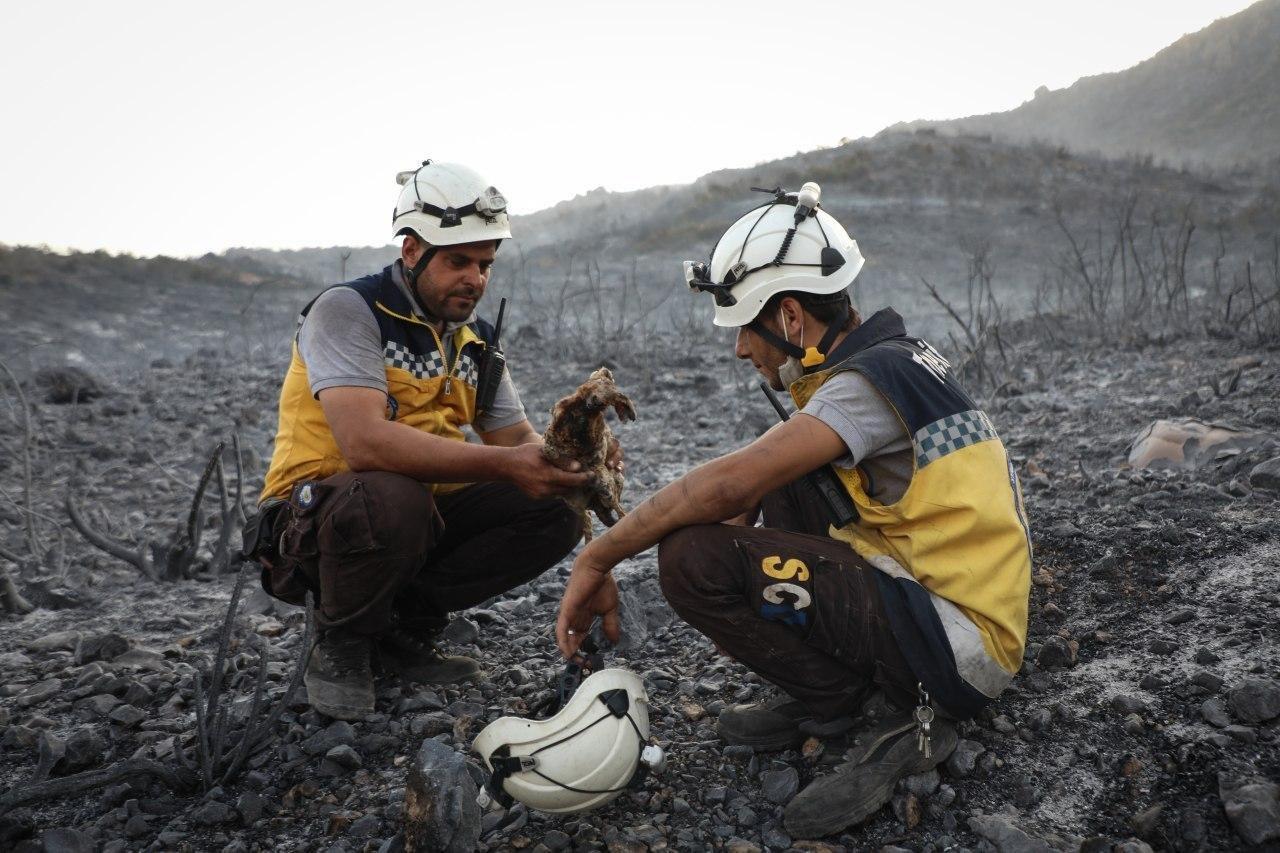 Syrian Civil Defense (White Helmets) firefighting teams managed to control on Saturday 90 percent of the forest fires that devoured the areas controlled by the Syrian regime all the way to the woods and forests of the western countryside of Idleb.

The Syrian Civil Defense Administration said, “For the fourth consecutive day, the civil defense teams are trying to control and put out all fires in the western countryside of Idleb.”

“The White Helmets firefighting teams managed to control 90 percent of the flames, although the ruggedness of the surface and some winds impeded their work and led to the outbreak of new fires,” the administration wrote in its Facebook post.

They stressed that dozens of animals were victims of the fires that engulfed the forested areas, noting that life was completely wiped out in those areas.

On Sept. 10, 2020, the Syrian Civil Defense declared a state of emergency and the firefighting teams were mobilized to respond to the emergency and extinguish the fires before they spread to populated areas and camps in the western countryside of Idleb, especially knowing how strong the fire is and its rapid spread due to dry winds, high temperatures, and the density of the forest.

Thirty-six firefighting vehicles participated in the operations, with the help of attachments and heavy machinery, and more than 150 volunteers, according to the Civil Defense.