The Ba’ath Party has castigated the recent announcement regarding the normilization between the Kingdom of Bahrain and Israel reports Al-Watan. 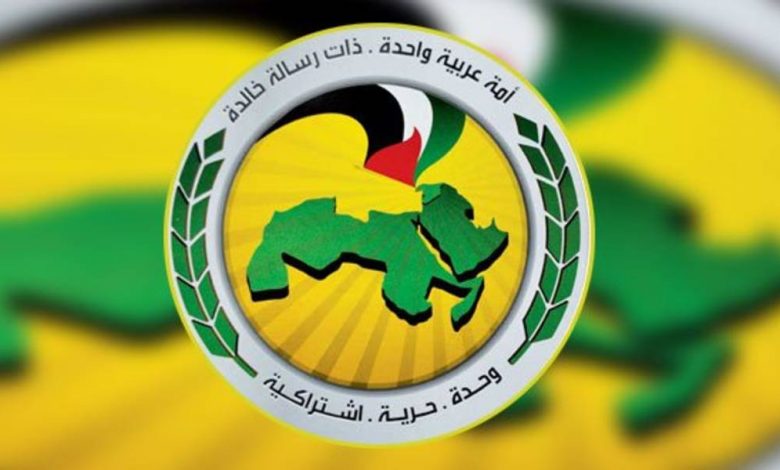 The Arab Socialist Ba’ath Party condemned the Bahraini-Israeli normalization agreement on Sunday, saying that it harms the interests of the Bahraini people, and is part of the Zionist entity’s plan.

In an official statement published on its official Facebook page, the party wrote: “What we have been expecting has now happened, following the dissolution of the boycott of the Zionist entity after some Arab countries normalized their relations with Israel. The latest normalization did not come as a shock because Bahrain was expected to join those who have normalized, so it was not a surprise to anyone. It was merely an affirmation of the normalization approach undertaken by some Arab regimes in their strategy to implement the United States’ policies in the region and the Zionist plan for a greater Middle East.”

The party pointed out that the Bahraini decision harms the interests of the brotherly Bahraini people, and is part of the Zionist entity’s plan that is based on the principle of “peace for peace,” which makes the occupation of Palestine, the Golan, and some Lebanese lands a legitimate right for the Zionists, which constitutes a dangerous precedent that insults the Bahrainis and all the honorable people of the Arab nation.

The party concluded its statement by saying: “We, in the Arab Socialist Ba’ath Party, fully condemn this decision, and we salute the outright rejection of our brotherly Arab people in Bahrain and the entire Arab nation. No right can be violated through decisions taken by subordinate regimes. There will always be someone to resist and protect that right, whatever the sacrifices.”