Between early 2018 and the start of September, Israel has conducted a number of operations in Syria, targetting Hezbollah regarding Asharq al-Sawt. 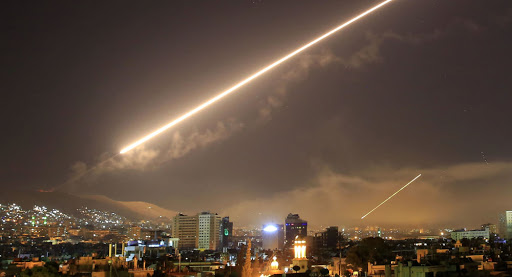 The Syrian Observatory for Human Rights (SOHR) reported that Israeli airstrikes on ‘Iranian sites’ in Syria for the past 32 months have caused the destruction of 270 targets and the death of around 500 Iranian forces and affiliated militias.

A total of 79 Israeli airstrikes targeted Syria between early 2018 and the start of September, destroying 250 targets, including weapons depots, buildings, and military headquarters, SOHR reported on Wednesday.

The airstrikes killed 509 individuals as follows: 12 citizens (including three women and three children), and 497 members from regime and affiliated armed groups including Lebanon’s Hezbollah and Iranian forces.

The 497 members were distributed as follows: 63 regime members, 35 pro-regime armed forces, 228 from Hezbollah and 171 Iranian forces and the Revolutionary Guard Corps (IRGC).

The Israeli airstrikes have escalated since 2018. SOHR documented a minimum of 26 targets belonging to the regime and Iranian forces and their loyal militias of Syrian nationals and foreigners.

SOHR documented at least 23 airstrikes in 2019 with 10 targeting Damascus and its countryside, seven in Qunaitra, two in Deir Ezzor and each in Homs, Aleppo, Hama, Suwayda and Daraa.

The first nine months of 2020 were an indicator that Israel insists on fighting the Iranian presence in Syria.

This year, a minimum of 30 airstrikes were monitored as follows: 11 in Deir Ezzor, seven in Homs, six in Damascus and its countryside, three in Daraa, two in Qunaitra and Hama, and one in Aleppo.

At least 161 people, mostly Iranian forces and their loyal militias of Syrians and foreigners, were killed in the Israeli attacks since the beginning of 2020.