The cabinet is discussing a long-term strategy to deal with fires, SANA reports 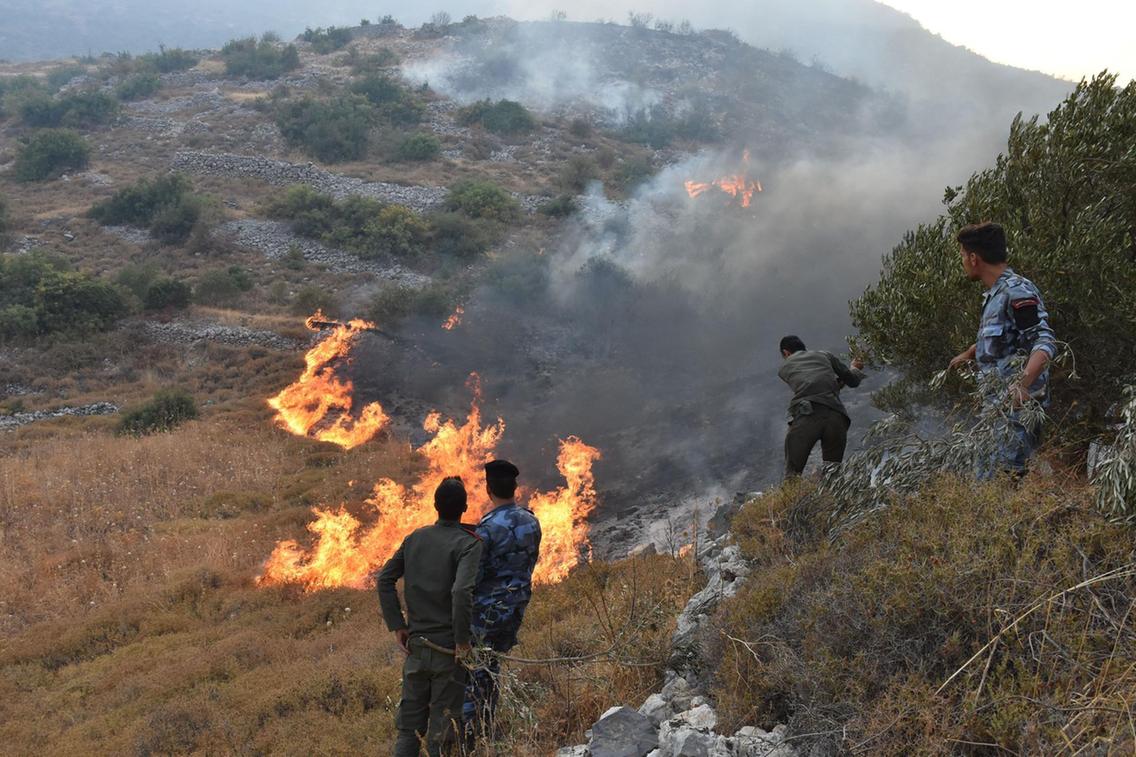 Hours after announcing containing the major fires in Hama, fires have erupted again in forests on the southwestern countryside of Masyaf as the firefighting teams and the Army personnel as well as the internal security forces are trying to contain them and prevent them from reaching the forests and farms in Ain Halaqim and Hazour.

Commander of Hama Firefighting Brigade Colonel Thaer al-Hassan had announced in a statement to SANA the success in extinguishing almost completely the fire which had erupted in Ain Halaqim and Hazour, and that some limited fires are being dealt with and cooled.

Meanwhile, the Cabinet discussed procedures to combat fires, contain their negative effects and the necessity to develop a national strategy to deal with them. It also agreed to immediately making contracts with 200 forestry workers and distribute them to forested areas and study best means to find water sources in the areas near the forests.