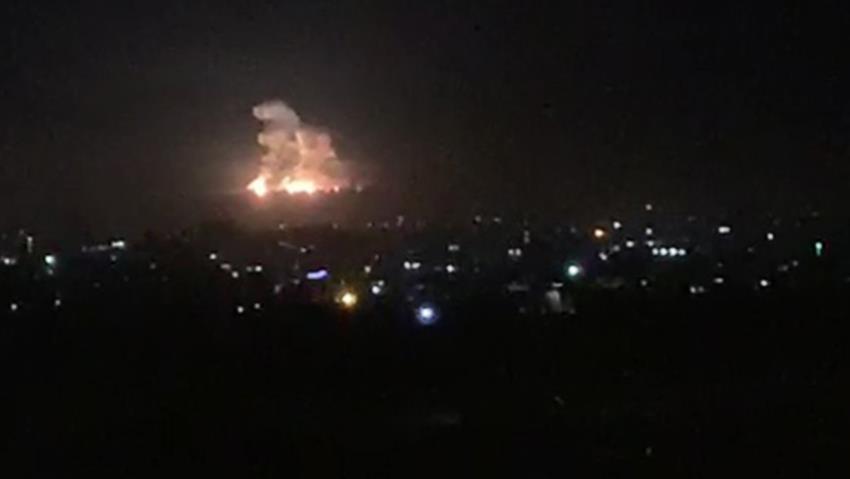 Israel launched another round of airstrikes on southern Syria Monday evening, with at least 11 people killed, according to media reports.

Seven Iranian militia fighters, three Syrian soldiers, and a civilian were killed in the strikes, according to the Syrian Observatory for Human Rights.

Syrian regime media reported two dead and that a woman civilian was among those killed.

Israel, which does not usually acknowledge attacks in Syria, referred only to military operations in its “northern sector”.

“The IDF is working to secure strategic objectives with a series of operations, especially in the northern sector,” Israeli military spokesperson Hadi Zilberman told KAN Reshet Bet radio on Tuesday, according to Israeli media.

Israel has been alarmed by the growing presence of Iranian militias in Syria, particularly in the south of the country, and has launched hundreds of strikes on militias linked to Tehran.

Israel’s military also believes that as much as one-third of Syria’s air defences have been destroyed in strikes.

It has also targeted the alleged transfer of missiles and militants to Hezbollah in Lebanon.

Strikes on Hezbollah fighters in Syria have been a more sensitive issue, with the movement’s leader, Hassan Nasrallah, threatening retaliation against Israel in such targeted killings continue.

Iran has sent thousands of fighters – particularly from Iraq, Afghanistan and Pakistan – to help prop up the Syrian regime.

Tehran has been accused of building a permanent military presence in Syria, particularly in the country’s resource-rich east where a number of bases have been established.