Alarm bells have been sounded about a large amount hazardous material that is being stored at Tartous Port, with fears it could ignite reports Baladi News. 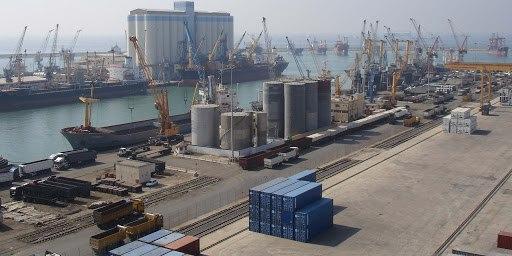 The head of the Department of Drug Control in the Syrian Ministry of Health, Majida Homsi, warned about the presence of large quantities of hazardous materials inside the abandoned warehouse at Tartous Port. The materials have been there for years, according to what was reported by the state-owned Tishreen newspaper.

According to Homsi, the materials entered the country in an illegal manner, which means there is major corruption and questions surrounding the case.

Homsi warned against a potential fire at the port and stressed the need to destroy the materials even if they pose the slightest danger to anyone. Homsi fears a large explosion, akin to the one that recently happened in Beirut.

The Director of Tartous Customs in the Syrian regime denied that customs is responsible in any way, throwing down the gauntlet to the port committee, which, according to him, handles hazardous materials.

The case goes back to Sept. 29, 2014, when 7,169 kilograms of washing powder and raw materials used in the manufacture of detergents entered the Tartous Port in 399 parcels, in addition to children’s toys, valued at 7,766 dollars (1.4 million Syria pounds).

A regime Criminal Security informant in Damascus confirmed that the substances are alpha-phenyl (powder) and phenylestro-nitrile (powder), which are used in the illegal manufacture of narcotics.

A decision was made to confiscate the substances, destroy them, and re-price them to pay fines amounting to 48,750 dollars (50 dollars per kilogram).

In light of the Beirut blast on Aug 4, 2020, the Minister of Transport in the Syrian regime, Ali Hammoud, recently confirmed that the Port of Tartous is free of any hazardous materials. This begs further questions about the reason for reopening the case, and whether there is really explosive or combustible materials.