The family of a commander in the Military Security Branch were targeted in an attack as they travelled to watch a football match, leaving a number of them, including children, dead and wounded reports SY 24. 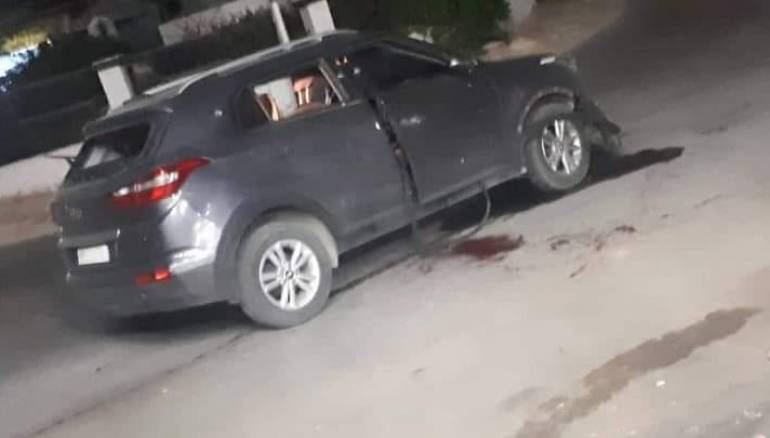 A large number of family members of a Military Security official in Daraa Governorate were targeted, on Tuesday evening, with many being killed or wounded. Sources said the Islamic State is responsible for the attack.

According to SY 24’s correspondent, “Unidentified persons detonated a booby-trapped motorcycle targeting a car carrying six people from the family of Imad Abu Zureik, a commander in the Military Security Branch in charge of Naseeb City and customs at the border crossing with Jordan. Following the explosion, the car was targeted by medium machine guns.”

“The incident occurred in the city of Dael in the northern countryside of Daraa, while they were traveling with a bus transporting football players and fans,” noting that “everyone is a fan of the Naseeb sports team.”

Local sources reported to the SY 24 platform, that, “the targeted car is owned by Imad Abu Zureik, who did not join the others for the match, so his car was driven by his brother Rabie, which means that the plan was to target Imad personally, due to the recent intensification of his operations against Islamic State cells in Daraa.”

Abu Zureik hails from the town of Naseeb in the countryside of Daraa, and held the position of military commander of what was known as the Army of the Revolution, which was made up of many formations, the most important of which were al-Mu’taz, al-Yarmouk, al-Muhajireen, and al-Ansar, affiliated with the Free Syrian Army. Most of them signed settlement agreements or accepted displacement to northern Syria.

Russia had provided security facilities for the return of Imad Abu Zureik to Syria through the Naseeb border crossing. At the time, he was able to smooth things over with the Syrian regime with the help of a number of Free Syrian Army leaders, who had concluded settlement agreements with Russia in the region.