President Assad has formally requested that Hussein Arnous assume the role of Prime Minister of Syria and form a cabinet writes SANA. 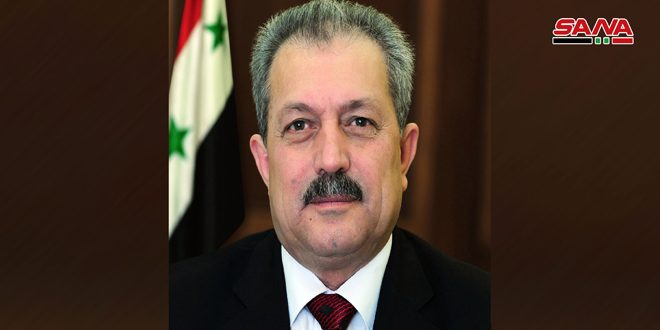 On Tuesday, President Bashar al-Assad issued Decree No. 210 for 2020 tasking Hussein Arnous with forming the Cabinet of the Syrian Arab Republic.

Hussein Arnous was born in Idleb in 1953, and graduated from the Faculty of Civil Engineering at the University of Aleppo in 1978. He headed the Engineers Syndicate branch in Idleb from 1989 to 1994, and was appointed Governor of Deir ez-Zor from 2009 until 2011 and Governor of Quneitra in 2011, in addition to being a member of the central leadership of the Baath Party since 2013. He was appointed Minister of Water Resources in 2018, in addition to being tasked with assuming the duties of Prime Minister on Jun. 11, 2020.