It has been announced that the former Minister of Internal Trade and Consumer Protection and late businessman Waheeb Merhi have had their funds seized, following accusations of importing frozen meat reports Majesty News. 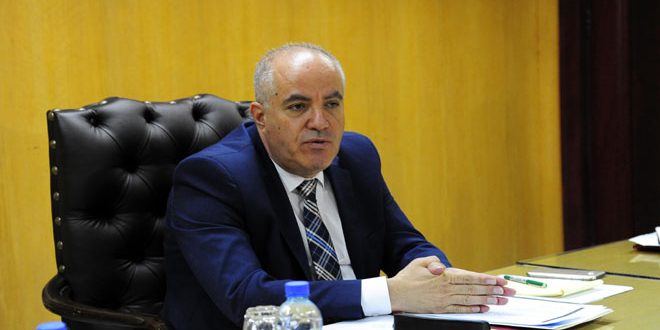 The Central Authority for Supervision and Inspection has issued a decision requiring the precautionary seizure of the funds and properties of the former Minister of Internal Trade and Consumer Protection, Abdullah al-Gharbi, and the heirs of the late businessman, Waheeb Merhi, for illegally importing frozen meat.

In 2017, Gharbi had transferred a license to import frozen meat, which was in favor of the Syrian Trade Organization, to businessperson Merhi.

The authority issued a ruling on the aforementioned and required the parties to pay fines amounting to nearly 6 billion Syrian pounds, accusing them of, “abusing power, wasting public money, withholding benefits that should have gone to the state, as well as smuggling.”

The seizure decision affected eight of the heirs of the businessperson, in addition to the former minister. It also affected four of the ministry’s employees — Mahmoud Ismail, Firas al-Abbas, Elham Dabet, and Hayan Maarouf.

The case was referred to an investigating judge, and it is assumed that it will be transferred to the criminal court pursuant to the judge’s decision, to issue final judgments, according to the source.

The source quoted lawyer Mustafa Malyahan as saying that the penalty for squandering public money starts from three years as a minimum all the way up to 15 years, in accordance with Decree No. 3 (2013), in addition to a demand for compensation by the Administration of State Contentions, while the penalty for abuse of power ranges between two months up to two years. As for preventing the state from making profit, the penalty is five years of imprisonment, at least.