The coronavirus is spreading in the Autonomous Administration Areas and the authorities seem powerless to prevent its spread reports Shaam Network. 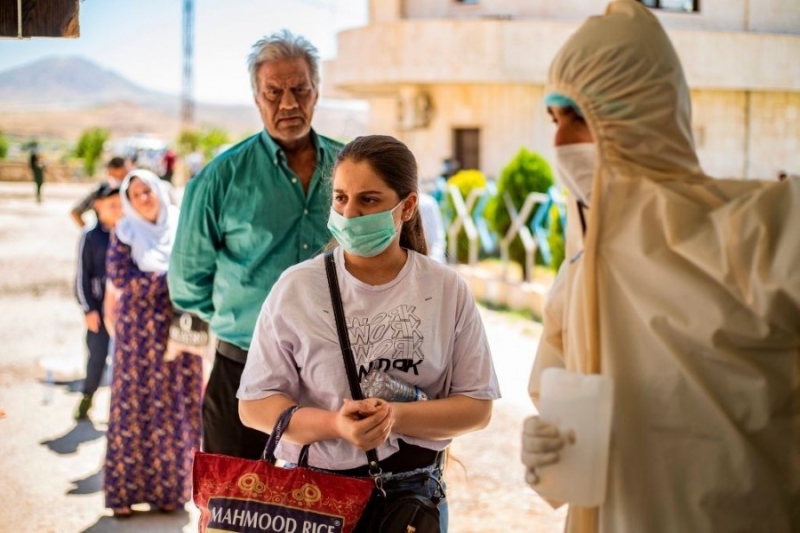 According to the Health Authority’s statement, the number of deaths increased to 14, with the registration of a new case in Qamishli city, a 60-year-old man in the Autonomous Administration-controlled areas. These areas have been witnessing a noticeable increase in deaths, according to the authority.

This brings the number of infections to 205 cases, while the Autonomous Administration announced yesterday three new deaths and five recoveries, which raises the total number of recoveries to 26 cases.

The rate at which the Kurdish Autonomous Administration’s Health Authority has been announcing new infections has significantly increased.

The first official announcement regarding the coronavirus was through a press conference held by the head of the Health Authority of the Autonomous Administration, Joan Mustafa, in early May.

The Health Authority of the Syrian Democratic Forces (SDF) held the Assad regime, through repeated statements, responsible for any coronavirus infection in the areas it controls in northeastern Syria, due to its disregard, its failure to abide by the rules and procedures of prevention, and it continuing to allow people to travel freely into and out of its areas of control.

Despite the escalating numbers of infections and the Autonomous Administration’s announcement that it plans to close the crossings, it has been maintaining air travel to and from regime areas.

The Autonomous Administration issued a decision yesterday imposing a penalty of 1,000 Syrian pounds on anyone who does not wear a face mask in public places, markets and departments of the Kurdish administration. The decision goes into effect starting next Tuesday, in northeastern Syria.

The Autonomous Administration has not adopted any plan to provide protective masks and sterilization materials in the areas under its control, despite the large financial resources available to it.

In the eastern regions, SDF leaders share the region’s oil and agricultural resources. Moreover, they have been taking advantage of curfew measures to place restrictions on civilians, while they continue to implement compulsory military service, ignoring the poor living situation and the precarious health and security conditions of the people.