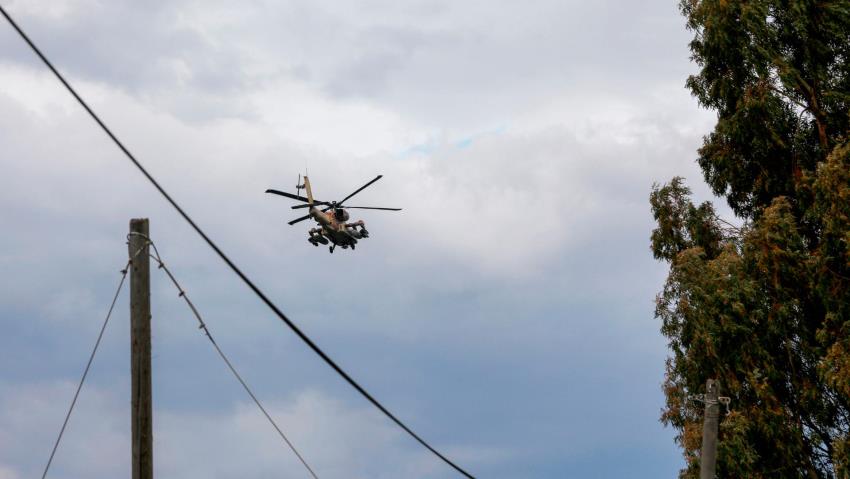 The Israeli army said earlier it had killed four men laying explosives late Sunday near the Israeli-occupied sector of the Golan Heights, the latest security incident on the tense northern borders.

“In response, a short while ago, IDF fighter jets, attack helicopters and aircraft struck military targets in southern Syria, belonging to the Syrian Armed Forces,” the IDF said in a statement.

“The IDF holds the Syrian government responsible for all activities on Syrian soil, and will continue operating with determination against any violation of Israeli sovereignty,” it said.

Tensions are already high between bitter rivals Israel and Syria.

Israel did not directly blame Syrian forces for the munitions fire, but said it held the Damascus government responsible.