A regime advance was halted by opposition forces, with casualties reported on both sides following the clashes writes Al-Araby Al-Jadeed. 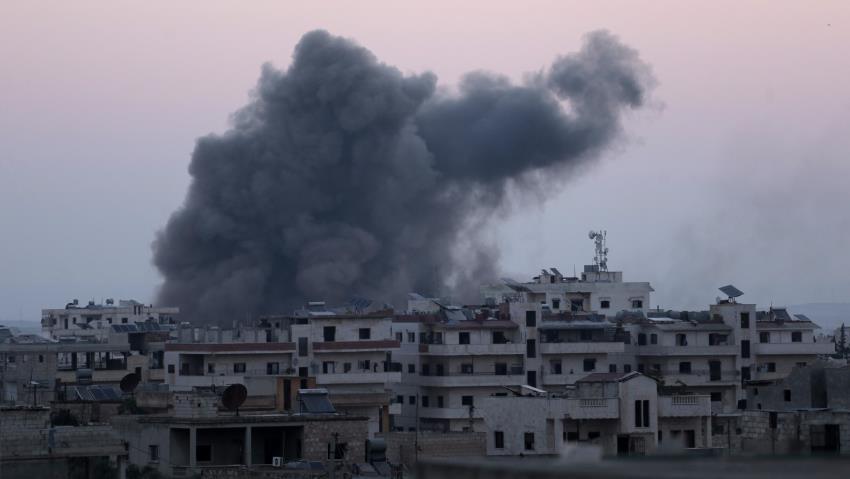 Another 17 pro-regime fighters were wounded while on the jihadist-led side six fighters died, said the Britain-based group Syrian Observatory for Human Rights.

The forces loyal to President Bashar-al Assad had launched an attack with artillery and heavy gunfire in Syria’s last major opposition bastion, said the war monitor.

But the jihadist Hayat Tahrir al-Sham (HTS) alliance, headed by ex-leaders of Syria’s former al-Qaeda affiliate, and their allies reportedly thwarted the advance.

Four HTS and two other rebel fighters were killed in the clashes in a rural area of Latakia province, the monitor said.

The HTS-led alliance also controls large areas of Idlib province and slivers of territory in neighbouring Aleppo and Hama.

The region they hold is home to some three million people, nearly half of whom have been displaced from other parts of the country.

Syria’s nine-year-old war has killed more than 380,000 people and displaced nearly half of the country’s pre-war population.

The rebel-held area is a regular target of attacks by regime forces and their Russian and Iranian allies.

A Russian-backed government offensive between December and March displaced nearly a million people in the region.

A Moscow-backed ceasefire agreement in March has reduced violence in the area, but shelling and air strikes by the regime and its backers continue.

Russian air strikes on the town of Binnish in Idlib province killed three people from the same family on Monday, according to the Observatory.