Soldiers in the army, who are believed to have ties to Rami Makhlouf, have been arrested and detained by the Military Intelligence reports Annas News. 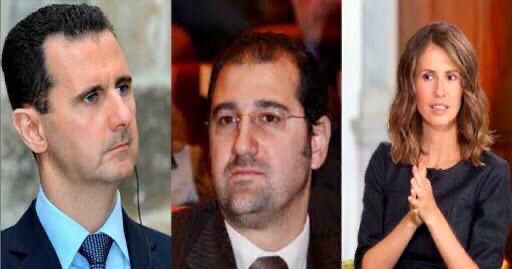 The Syrian Observatory for Human Rights announced that the Military Intelligence Directorate of the Bashar al-Assad regime has arrested about 38 soldiers and officers, for having ties to businessman Rami Makhlouf.

The Observatory pointed out that all the officers who were arrested were working as part of army units in several regions and military sectors across Syria and are not linked to security branches or the security services, noting that they are currently detained by the Military Intelligence Directorate.

The Observatory clarified that among the arrested, there were 16 officers of varying ranks who were arrested in the Damascus countryside and the provinces of Lattakia and Tartous, in addition to Homs, stressing that the arrest of regime forces members are still going on with the aim of detaining all of those suspected of dealing with or being close to Makhlouf.

The Observatory also linked the security campaign to Russia’s desire to govern the regime-controlled areas without Iranian interference, indicating that there is a relationship between the recent spat between Assad and his cousin Makhlouf, on the one hand, and the Russian-Iranian conflict over influence in Syria, on the other.