The head of the Syrian Democratic Council has not held meetings with the regime and holds them responsible for the current state of Syria, while calling for a political solution to the crisis reports Sham Network. 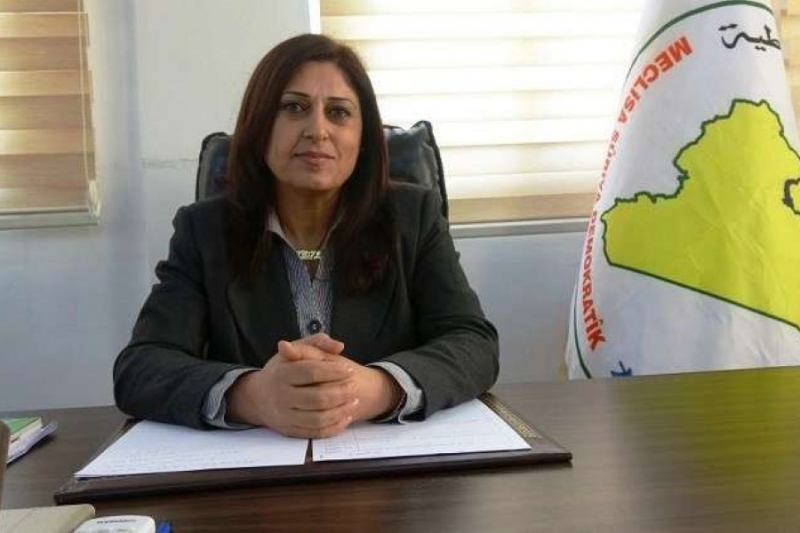 The head of the Syrian Democratic Council (SDC), Amina Omar, said that she had not held any formal meeting with the Syrian regime, and that she holds the central government responsible for the deteriorating economic conditions that the country has witnessed since the implementation of the Caesar Act.

She said that the regime’s policy caused the collapse of the Syrian pound. She blamed the regime’s military solutions and the rejection of all initiatives to negotiate, the Syrian-Syrian dialogue, and the government’s failure to spare the Syrian people the ravages of war, poverty, and siege.

In a statement, Omar confirmed the SDC’s support for a political solution to end the crisis that has been going on for nine years.

She said, “We must find a way out of the crisis, end the suffering of the Syrian people, gather the democratic opposition forces, and arrive at a national consensus to work under one umbrella that represents the Syrian people, away from the influence and dependence of regional countries and their agendas.”

Omar noted that SDC have taken a series of measures to alleviate the economic deterioration taking place across the country, and pointed out that “[SDC] represents the national direction that has the tools for solutions away from external influence and interference. We are working to end the suffering of Syrians and achieve their demands to reach a decentralized democratic state”.

In a similar vein, Mazloum Abdi, Commander-in-Chief of the Syrian Democratic Forces, held a meeting yesterday with important figures and sheikhs from the Arab tribes in the northern city of Deir ez–Zor to discuss the deteriorating security, services, and economic conditions in the region.