The life of Syrians in Damascus continues to be a struggle, with rising food prices, shortages of cooking gas and high demand reports Al-Araby Al-Jadeed. 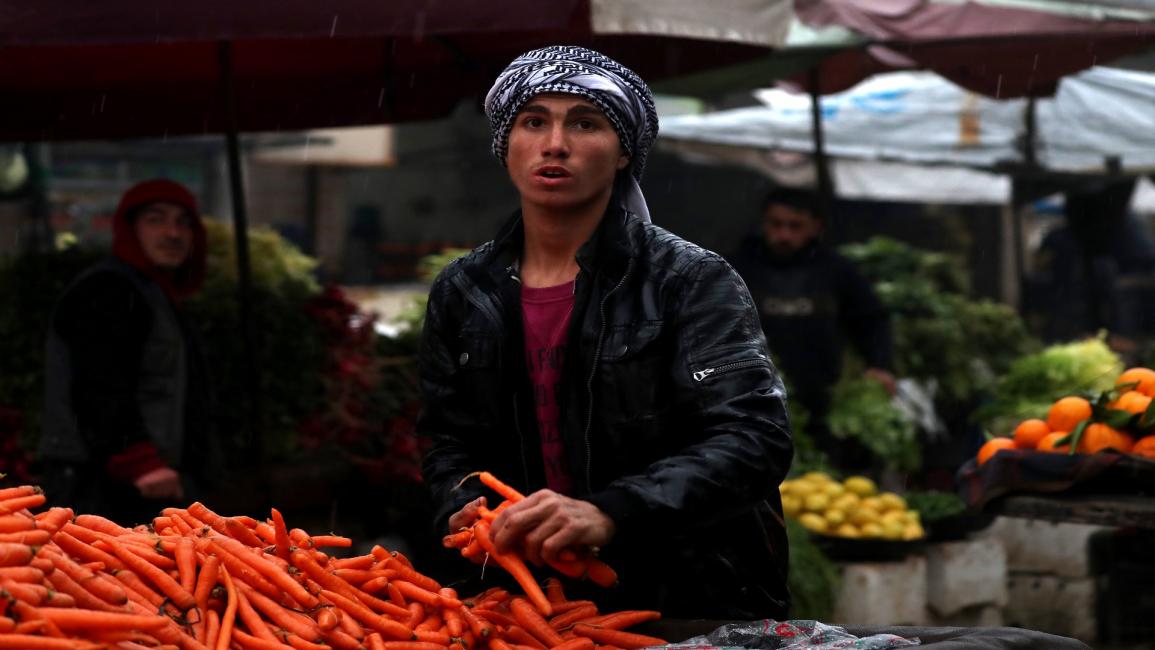 The Syrian capital, Damascus, has turned into the city of the poor, especially in popular neighborhoods, amid widespread corruption in the Bashar al-Assad regime, now that the latter is using the Caesar Act to justify the deterioration of living conditions and the widespread poverty.

Welfare and the main commodities and services are made available to those close to the regime and the influential figures in it, who, in turn, urge citizens looking for their livelihood to be patient. The regime has also been having resorts to conspiracy theories to justify the situation.

Salim Abu Azzam, 45, from Damascus, spoke to Al-Araby Al-Jadeed about the difficulties he has been facing to obtain food supplies in Damascus.

He said, “We stand for hours in the queue to save on sugar, whose price amounts to 1,500 Syrian pounds ($0.6) for one kilogram. We are suffering a lot so we try to save any amount even if it is little. We sometimes wait for hours to save 50 or 100 Syrian pounds ($0.02 – $0.04) due to low wages and the difficult living conditions.

Ibtisam, who works as a teacher and lives in Damascus’ Zahira neighborhood, spoke about the difficulties she and her family are currently facing. She told Al-Araby Al-Jadeed that, “Nothing is affordable anymore. Everyday, we must perform complex calculations to choose what food to cook or what goods to purchase that won’t break the bank.”

Ibtisam added that Syrian families nowadays need about 400,000 Syrian pounds ($160) a month to purchase only the basic commodities, while less than a quarter of this amount is available for many Damascene families.

The Syrian regime seeks to manipulate citizens through flashy promises and reassuring statements in the media, in order to absorb tensions due to the deterioration of living conditions and the high cost of various basic goods.

A well-informed Syrian source, who spoke on condition of anonymity, pointed out that the situation is bad by all standards at the present time. Bread is distributed in Damascus via the smart card, which complicates access, while in other governorates the price of bread was reduced by approximately 20 percent, which caused overcrowding.

He continued, “Queues to obtain bread begin as soon as the bakeries open in the early hours of the morning and stays like this until they close. The price of a bag of bread that the regime estimates at 50 Syrian pounds is sold for 65 Pounds by bakeries, while it is sold in the market for 100 pounds. The price could reach 200 Syrian Pounds ($0.08) if the bread is sold in a plastic bag, double the official price.

According to the source, “Many of the people in Damascus depend on foreign wire transfers, otherwise they won’t be able to afford anything but bread or some basic goods. The situation is very bad.”

What is more, Damascus is currently suffering from a cooking gas crisis. One gas bottle is provided every two months, but a bottle usually only lasts between 20 and 25 days. Also, the weight of the bottle was reduced, unbeknownst to the public. Many families have been waiting for more than three months to obtain one bottle of gas. Lastly, what has made the suffering of the Syrian people worse is the deterioration of the Syrian pound against the dollar, especially after the Caesar Act came into force and the restrictions that the regime continues to exert on citizens.