Turkey has cut off water to the residents of Hassakeh once again, as residents accuse them of committing crimes against humanity writes SANA. 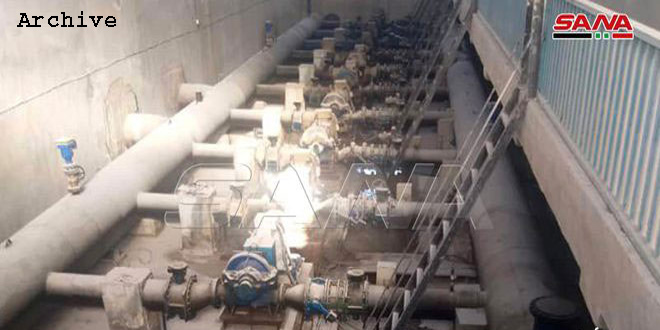 The Turkish occupation forces continue their inhuman violations against the locals in Hassakeh city and the residential compounds in the western countryside by controlling the Alouk water pumping plant and using water as a weapon against the locals, threatening the lives of about one million people. The plant is considered as the main and only source of drinking water for them.

As the need for water increases, due to the hot summer season and the high temperatures in Hassakeh province, the Turkish occupation forces, in cooperation with their terrorist mercenaries, have intentionally cut water supplies and stopped the pumping from the Alouk plant several times, the last of which was on Sunday, which is considered a crime against humanity.

The locals expressed their anger over the criminal measures adopted by the Turkish occupation forces.

Ragheb, one of the locals in the Ghwairan neighborhood said that the cutting off of water by the Turkish occupation is a crime against humanity, adding that international relief organizations must intervene to stop such practices and to neutralize the Alouk water plant, adding that the cutting of water supplies threatens the lives of thousands of people in Hassakeh.

Ragheb added that it is the eighth consecutive day that the neighborhood is living without water and there are other neighbourhoods suffering from the same issue.

Director of Water Establishment, Engineer Mahmoud al-Okleh underlined the need for workers to enter the plant and take over the operations and for water to not be used as a weapon to exert pressure on locals.