Protestors in Daraa have continued to call for the release of prisoners held by the regime, and for the expulsion of the Iranian militias reports Smart News. 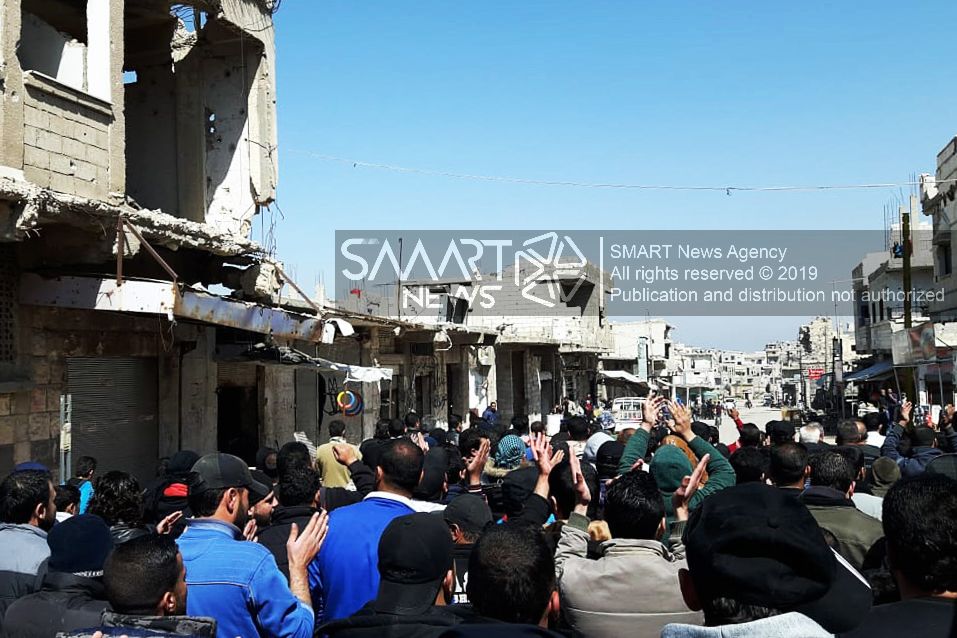 Local sources and activists reported to Smart News that dozens gathered in the Omari Mosque square demanding the release of detainees and the overthrow of the Syrian regime.

The sources added that the demonstrators raised banners reading, “We demand the release of detainees,” and other banners calling for the expulsion of Iranian militias from the area. The demonstrators chanted slogans demanding the overthrow of the Syrian regime.

Earlier, a number of activists organized a protest to demand the release of detainees and the overthrow of the Syrian regime in the city of Daraa, southern Syria.

Also in Daraa, people found the decomposing bodies of two women and a child.

Local and medical sources reported to Smart News that one of the decomposing bodies was an unknown woman in her 30s, who was found on the western plains of the town of Tasil (26 kilometers northwest of Daraa).

The sources added that the woman died about 10 days ago, with the cause of death unknown. The body of the woman was transported in an ambulance to the city of Nawa and buried there.

People also found two other bodies, one of a 30-year-old woman and the other of a four-year-old child in the Kawkab area, north of the town of Sahem al-Golan. The two bodies were transferred to the Daraa National Hospital for identification, according to local sources.