Three protestors have been released by the regime, following pressure from the Men of Dignity movement reports Brocar Press. 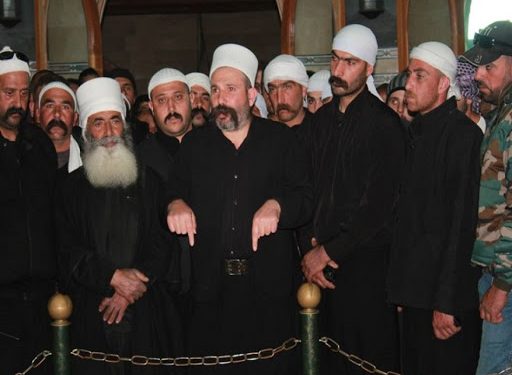 The Syrian regime has released three civilians who had been arrested for participating in demonstrations.

Reports say that the release was facilitated by the local Men of Dignity movement.

On Tuesday night, the Facebook page for the Men of Dignity stated that, “Ihsan Nawfal, Salman Faraj, and Bashar Tarabiya had been released.” The page also pointed out that the release came as a result of the endeavors of the Men of Dignity movement.

A source from the Men of Dignity said that the rest of the detainees will be released soon, stressing that the operation came following pressure from the movement, as quoted by the site Suweida 24.

The movement is one of the most prominent local armed factions in Suweida, and was founded in 2013 by the Druze cleric, Waheed Balaous, who was assassinated by a double bombing that was attributed to the regime.

Suweida started witnessing demonstrations against the Syrian regime at the end of May, to which the regime responded with repression and arrests.

Human rights organizations, such as the Syrian Network for Human Rights, have documented the arrest of 10 people, and Human Rights Watch have called on the regime to release detainees who were demonstrating peacefully.