The guarantors of the Astana process have held a video meeting to discuss ongoing issues in Syria and to reaffirm their commitment to the country’s political unity and territorial integrity writes Alsouria Net. 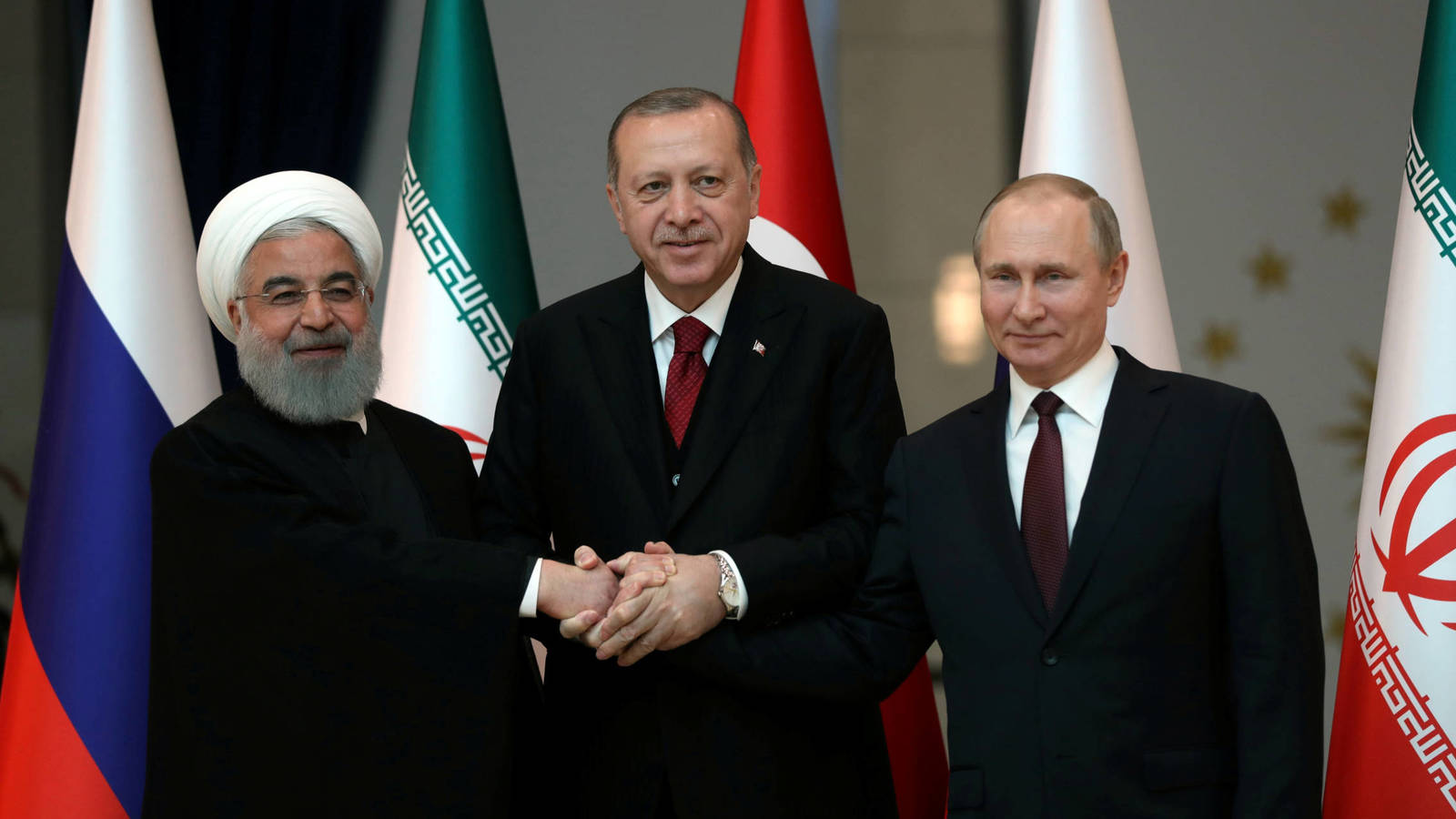 The presidents of Turkey, Russia, and Iran met on Wednesday at a tripartite summit on Syria via video. The presidents set their priorities in the framework of the Astana process.

Turkish President Recep Tayyip Erdogan said, “Our priority for Syria is to preserve its political unity and territorial integrity all the while establishing calm in preparation for a long-lasting solution to the conflict.”

“We have had to be on Syrian territory to be able to protect civilians there. We have stood by the Syrian people since the beginning of the crisis, and we have received hundreds of thousands of refugees,” added Erdogan.

Erdogan stressed that his country will continue to do everything it can to support peace, security, and stability in Syria.

For his part, Russian President Vladimir Putin made a clear statement. He said, “We are paving the way for the diplomatic and political solution of the Syrian crisis with the assistance of the United Nations.”

He stressed that his country, “will stand in the way of all conspiracies targeting the Syrian people, their strength, and their economy.” Referring to the continued support for the Assad regime, Putin added that Russia will continue to support the Assad regime in its war on terrorism until it is finally eradicated.

In reference to the Caesar Act, Putin considered that, “imposing a boycott on Syria will not do the situation any good, but rather increase pressure on the people of Syria.”

According to the Russian president, the countries guaranteeing the Astana track will work to restore economic and political security in Syria. He added, “The sanctions on Syria, against the backdrop of the coronavirus pandemic, are illegal and only aim to strangle the country.”

Iranian President Hassan Rouhani stated, “I believe that the Astana negotiations, being the best way to support the solution of the Syrian crisis through peaceful means, have achieved great feats so far. What is required of these three friendly countries as sponsors of this process is to strive to preserve and expand these negotiations.”

Rouhani commented on the delay in holding Astana meetings between the countries sponsoring these negotiations as a result of the coronavirus.

He added, “The many developments that this period has seen had led us to decide to hold the tripartite summit virtually, in the hope of organising a meeting in person in Iran soon.”

Rouhani noted that, “fighting terrorism in Syria, with a commitment to respecting its sovereignty and territorial integrity” should continue, stressing his country’s continued support for the Assad regime “more than ever before.”

In a joint statement, the presidents of Russia, Iran, and Turkey warned that the US decision to recognize Israeli sovereignty over the occupied Syrian Golan threatens the security of the region.

Finally, they affirmed the continuation of their efforts to find a political solution for Syria and their commitment to the unity, independence, sovereignty and territorial integrity of the country, while rejecting any attempts to build a new reality in Syria under the pretext of “fighting terrorism”.