Following clashes between groups in Idleb, Hay’at Tahrir al-Sham have banned the formation of any groups or the deployment of any checkpoints writes Alsouria Net. 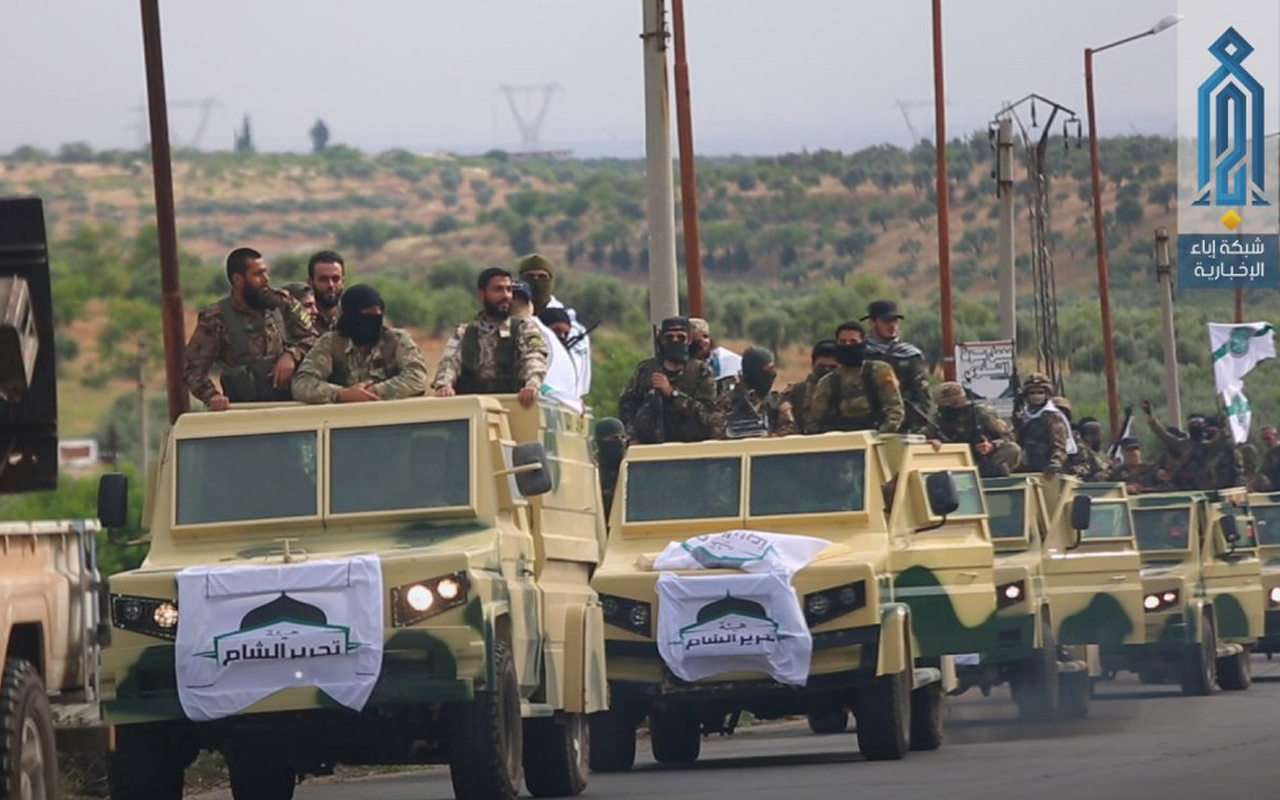 Hay’at Tahrir al-Sham released three statements on Sunday declaring that it forbade the opening of any military or administrative headquarters in areas under its control in Idleb and the surrounding countryside.

According to a statement issued by the Liberated Areas Administration—Jisr al-Shughour Area, which is affiliated with Tahrir al-Sham, the latter decided to close all headquarters belonging to Hurras al-Deen, which is a member of the Fathbutou Operations Room. It also banned the opening of any military headquarters in Jisr al-Shughour for any side.

The statement ordered all military bodies in Jisr al-Shughour to check with the district official for organizing a military presence. It also banned the placement of any checkpoints in the area by any party other than the General Administration for Checkpoints.

At the same time, the district official in Sarmada, Nasser Omar al-Shawa released a decree saying that, “it is forbidden to create any civilian or military entity in the Sarmada district, or to open any military or administrative headquarters.”

He requested that all revolutionary and volunteer activities go to the district administration to obtain permission to continue their work.

This comes days after clashes between Tahrir al-Sham and jihadist groups affiliated with Fathbutou, most important of which are Hurras al-Deen and Jabhat Ansar al-Deen.

Hay’at Tahrir al-Sham issued a statement yesterday banning the formation of any operations room, formation or military faction under punishment of accountability, so that all military activities come under the administration of the “Clear Conquest” operations room.

The statement said that for all those wishing to contribute militarily, “the legal doors are open for them to do so via the ‘Clear Conquest’ operations room.”