Israel has conducted a number of airstrikes in Syria, targeting and killing Iran-backed groups operating in the east and south of the country writes Al-Araby Al-Jadeed. 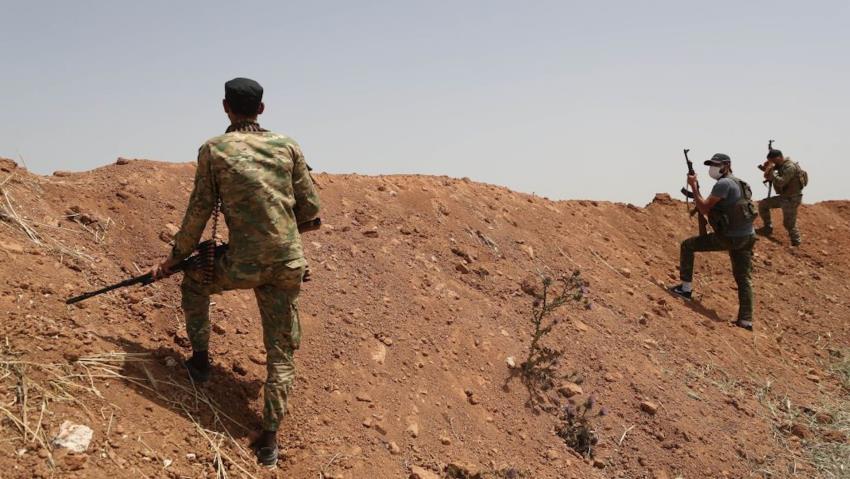 Air strikes targeting positions of Iran-backed militias in eastern Syria killed nine fighters on Sunday in the second such raid in 24 hours, a war monitor said.

The Britain-based Syrian Observatory for Human Rights said Israel was “likely responsible” for the strikes near the Iraqi border.

They came hours after a similar raid killed six other Tehran-backed fighters, raising the total toll to 15 killed in 24 hours, according to the monitor.

The fighters killed in the early Sunday raids were mostly Iraqi nationals, according to Observatory head Rami Abdul Rahman.

Israel has launched hundreds of strikes in Syria since the start of the civil war in 2011.

On Saturday, air strikes also blamed on Israel hit positions belonging to regime forces and Iran-backed militias near the border with Iraq, the Observatory said.

Four Syrian nationals were among the six fighters killed in that attack, the monitor added.

Saturday’s raids came only days after Israeli strikes in the eastern province of Deir Ezzor and the southern province of Suweida killed seven fighters, including two Syrian soldiers, according to the Observatory.

The uptick in attacks has prompted concern among Iran-backed forces in east Syria that Israeli agents may be among their ranks, the monitor said.

These forces have arrested four people on suspicion of providing intelligence to Israel, the war monitor reported on Sunday, shortly before the latest raids.

The war in Syria has killed more than 380,000 people and displaced more than half of the country’s pre-war population since 2011.