After clashes between the two groups Hay’at Tahrir al-Sham and the Fathbutou Operations Room have agreed to not set up more checkpoints writes Alsouria Net. 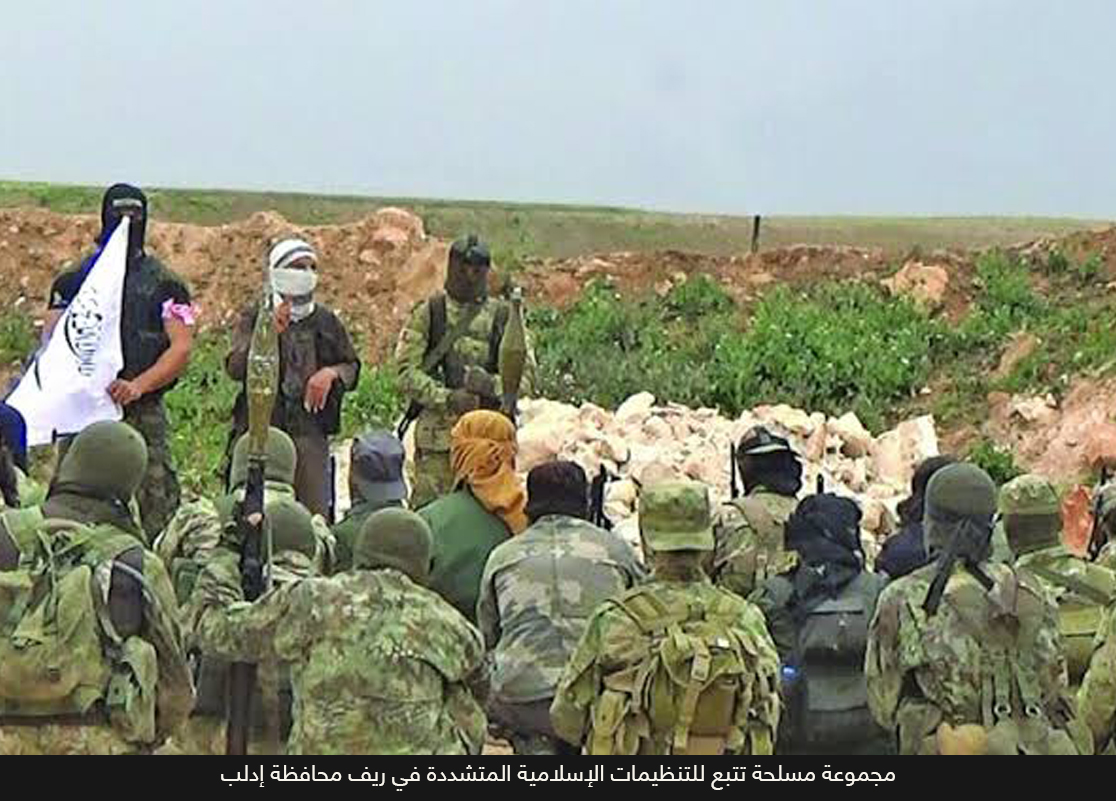 Hay’at Tahrir al-Sham and the Fathbutou Operations Room have reached a truce agreement to remove checkpoints west of Idleb, two days after an escalation between the two sides.

According to a written statement shared over Telegram on Thursday by figures close to Tahrir al-Sham, the agreement was to empty the Yaqoubiyah checkpoint for a period of 24 hours, and for the two sides to refrain from setting up any checkpoints on the highway between Jisr al-Shugour and Darkoush.

According to the statement, whoever sets up a checkpoint in the area is an “aggressor” and has breached the agreement, which was signed by Abu Omar al-Kurdi from Fathbutou side and Abdedlrahman Mansour from Tahrir al-Sham.

Fathbutou announced on Thursday morning that it was prepared for a ceasefire and to halt clashes with Tahrir al-Sham and the sharia courts in response to an initiative launched by personalities in the area in a joint statement.

The joint statement was released by a group of scholars and sheikhs in Idleb, calling for reconciliation between the two sides, adding that the two sides’ weapons are, “integrity, and it is not permissible for them to turn against their brothers.”

The past two days saw escalation between Tahrir al-Sham and jihadist factions within Fathbutou in rural Idleb. Clashes broke out in the town of Arab Saeed west of Idleb city, with mortar shells and heavy gunfire used.

The escalation started after Tahrir al-Sham arrested one of its former commanders, Abu Malek al-Tali, who had joined the Fathbutou Operations Room. Tahrir al-Sham accused him of starting a new faction in Idleb , which the former claimed to be a violation of its laws.

Meanwhile, there is talk of how the situation on the ground in Idleb will unfold in the coming days, especially with the continued enforcement of the ceasefire between Moscow and Ankara.