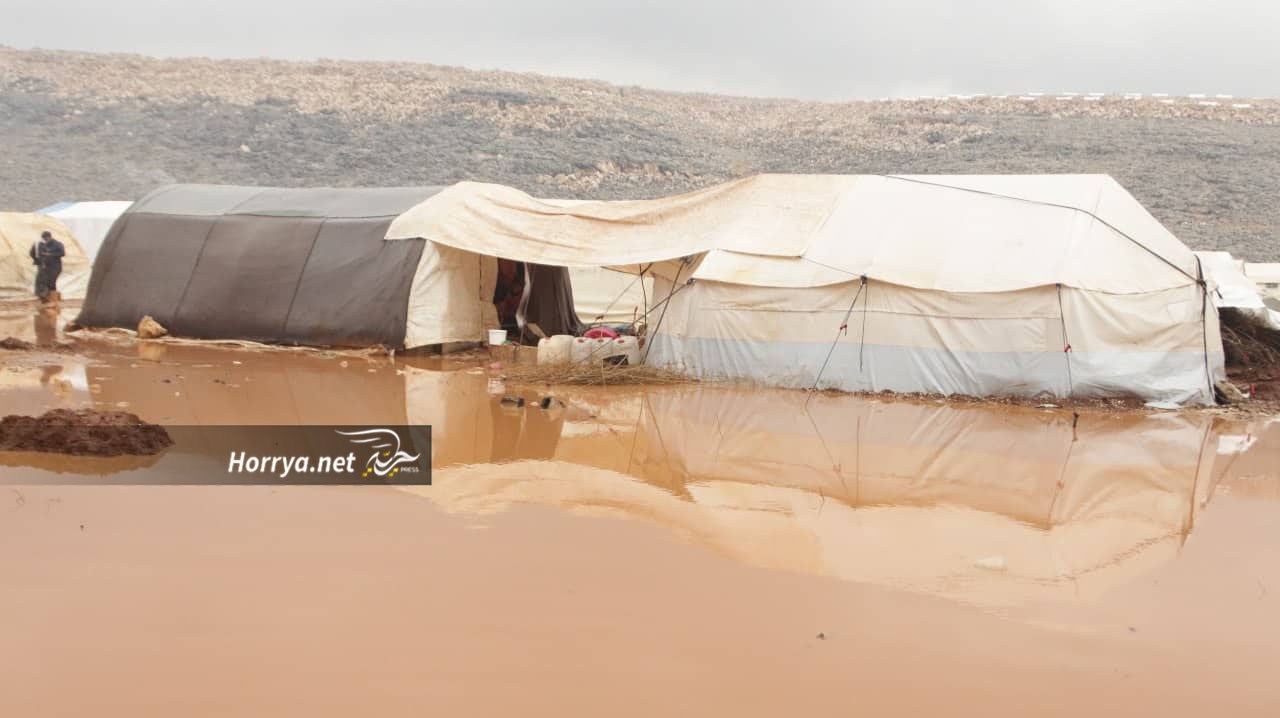 Three children drowned on Friday when a rainstorm caused a flood in Idleb.

A rainstorm in rural western Idleb flooded a camp near the village of Moureen, drowning three children, a Hurriya Press correspondent reported.

The reporter added that the storm flooded other camps in the towns of Harbanoush and Sheikh Bahr, as Civil Defense teams rushed to save dozens of residents from drowning.

The storm flooded the Wafaa camp in Sheikh Bahr, as well as the Sahel and Fuqaraa ila Allah camps in Harbanoush, uprooting dozens of tents. There was also damage in those two towns and the town of Armanaz.

Displacement camps in northern Idleb do not have adequate services to protect residents from floods and storms, especially the informal camps that have been built over flat and low-lying land.