SDF arrests in Deir ez-Zor, a bomb attack in Afrin, Turkey accused of preventing Syrian exams, a fire at a refugee camp and an ISIS attack in Aleppo. Catch up on everything that happened over the weekend. 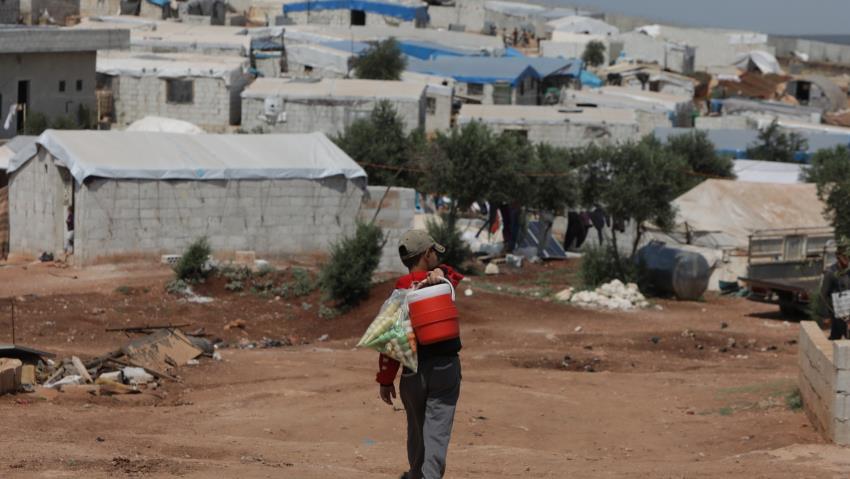 1. The Syrian Democratic Forces (SDF) arrested 12 people in the village of Jazrat al-Buhamid, in Deir ez-Zor governorate, eastern Syria. A military source from the Asayish forces of the Kurdish Autonomous Administration reported to Smart News that the detainees were accused of forming cells affiliated with the Syrian government forces in the Kasrah area, 75 kilometers west of Deir ez-Zor.

3. The Syrian Education Ministry accused Turkish regime-backed groups of preventing, “students of Idleb from going to Hama to sit the basic and secondary general exams,” SANA reported. The groups also assaulted the bus drivers who gathered to transport the students. The ministry, in a statement, held the Turkish regime fully responsible for preventing the Syrian students from sitting for the general exams.

4. Four Syrian children, brothers from the same family, died Saturday when a fire swept through their tent on a farm near Amman, a Jordanian security source told Al-Araby Al-Jadeed. The brothers aged from one to 10 died of “severe burns”, public security spokesman Amer Sartawi said. He said the fire broke out in tents on a farm south of the capital Amman, along the road to the airport.

5. On Sunday, the Syrian National Army (SNA) stated that the Islamic State (ISIS) killed three SNA fighters near the city of al-Bab, 38 kilometers northeast of the city of Aleppo, northern Syria. The Second Legion of the SNA said that on Saturday night, ISIS members killed three SNA fighters near the village of al-Nu’man on the road between the cities of al-Bab and al-Rai, northeastern Aleppo. Ossama Hajjar, head of the Civil Defense Center in al-Bab, reported to Smart News that a Civil Defense team transported the fighters’ bodies to al-Bab Hospital on Saturday night, after the Civil Defense was informed about the bodies, that were in farmlands near al-Nu’man.