Russia has taken full control of Palmyra Military Airbase, making it the fifth military base in Syria reports Zaman Al-Wasl. 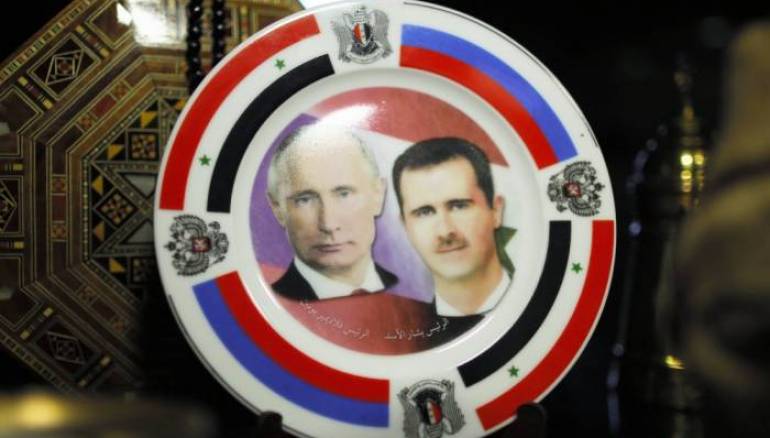 Military sources told Zaman Al-Wasl that Russia has taken full control of Palmyra Military Airbase in the Syrian desert from regime forces, making it the fifth Russian military base in Syria.

A Russian military delegation received the airport from a regime delegation headed by the commander of the 22nd Air Force Brigade, Maj. Gen Tawfiq Muhammad Khaddour in early June. The airport has been evacuated of all Iranian presence and all regime related military and logistical forces, a private source said.

Russia started to reconstruct the airport with engineering and drilling equipment so as to remake it into a Russian military base capable of receiving Russian military and civilian planes and military troops. The base will be similar to the Hemeimeem base, and will be independent from any regime presence.

According to the sources, it is still unclear whether the Russian military control is a long-term or a short-term agreement with the regime.

Russia’s motive behind controlling Palmyra airport is military related. There is, however, a strategic motive having to do with using the airport for touristic purposes, especially since Palmyra includes some of the most important tourist sites in Syria and the whole middle east region, and since it is the only place with significant touristic infrastructure like the Palmyra Hotel.

Russia wants to significantly expand its military bases in war-torn Syria, the Interfax news agency cited a government resolution as saying last May.

President Vladimir Putin ordered his defense and foreign ministries to hold talks with Assad’s regime over obtaining maritime access in Syria, as well as further military facilities and additional real estate on land and at sea, according to DW.

During the engineering preparation operations, the Russian forces found ancient historical monuments and have retained ownership of them, and the regime did not seek to prevent it.  The Russian engineering forces had carried out excavation operations before, looking for monuments in Palmyra in 2017 and 2018 and had looted many of them, deporting them to Russia, the source said.

Bashar al-Assad’s forces and Iranian militias had used the airport militarily and deployed L-39 helicopters and airplanes in September 2017, after quickly making the necessary changes during the summer of that year. The changes were mainly made by the regime’s Airport Battalion with the assistance of civil engineering companies in cooperation with Russian engineering forces.

Russian attack helicopters of various types, as well as a squadron of Iranian flying aircraft were temporarily put in place during battles in the countryside of Palmyra, Deir ez-Zor and Albukamal.