The ongoing economic crisis in Syria is forcing women to forego their cosmetic needs and focus all their buying power of supplies for the family writes Al-Baath. 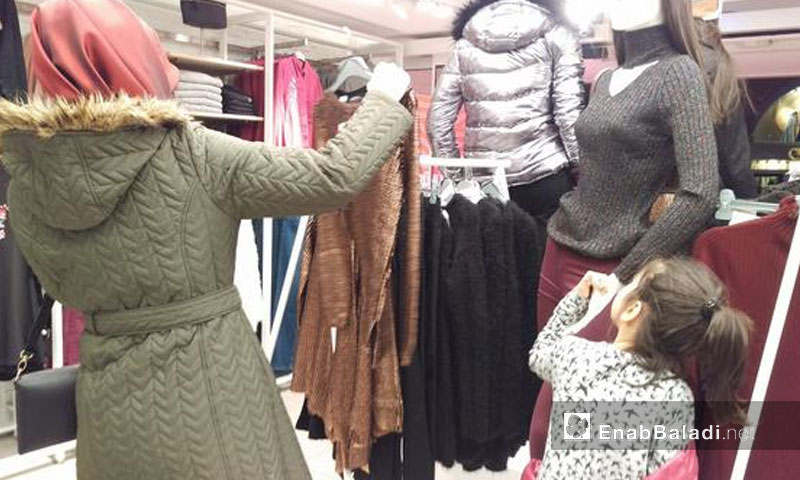 Syrian women have long been known for their special beauty and unique attractiveness. Among them are the most beautiful women in the world due to their natural good looks and femininity, which needs no accentuating—whether through cosmetics or clothing.

But the latest economic crisis has forced women to change their ways.

Rima Safi, a hairdresser, says, “With the suffocating economic crisis, the women who used to come for appointments have reduced their appointments to twice per month. Of course, the reason is the rising prices. Many women today can no longer go get their hair done in salons. They now depend on themselves in this matter, despite this being difficult for many people. Of course, there isn’t only the matter of hairdressing. The price of clothing has gone up as well, with the cost of one item reaching more than half a month’s salary.” This was confirmed by Ahlam Khudour, a nurse in rural Homs.

Khudour is married and has three children. She works in a clinic. She says, “We mothers suffer more, because our lives demand a lot of us, especially things involving our children. We can’t think only about buying clothes, as we now see these as a burden. Today there isn’t much of a difference between a woman who works and a woman who doesn’t have a job. Neither of them are able any longer to depend on themselves or feel that they are financially independent. Many women I know have started to think about taking unpaid holidays to stay at home because the cost of going to work has become greater than the amount of money they earn.”

Camellia, a sociology graduate, says, “Today, as a working woman and the sole breadwinner of my small family of two young girls, my priority has become to provide for them. As for caring for my outer appearance, this has become something secondary, even though this hurts me a lot. I wouldn’t be lying if I told you that this sometimes hurts my confidence.”

For a long time, secondhand clothing stores provided a solution to the problem of high clothing prices, people from most social classes became dependent on them. But today, even those markets have adopted prices that exceed the budget of most citizens.

Two students at the College of Civil Engineering said they used to rely on the secondhand clothing market—but not anymore. The two women say, “The issue isn’t just about food and water. We have other personal things as girls that, if we don’t pay attention to them, will make us vulnerable to illnesses. This includes sanitary napkins, shampoo and other hygiene products, as well as face masks, which have become expensive. They sometimes cost 1,000 Syrian pounds.”