Mughawir al-Thawra have seen off an attack by the regime, who attempted to attack the 55 kilometer zone in the Badia region reports Al-Modon. 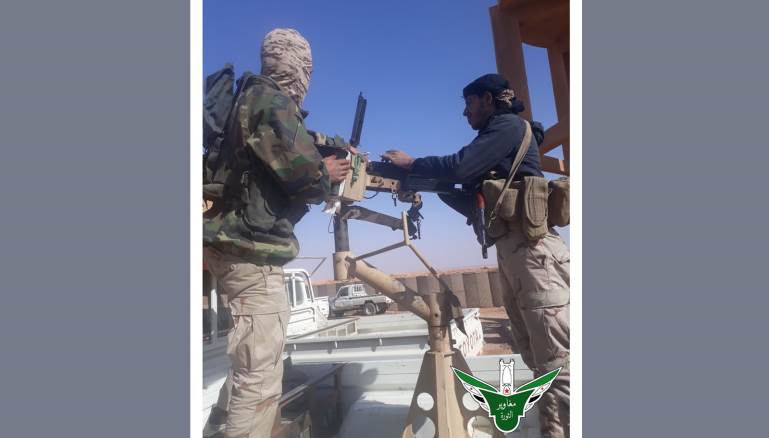 The faction said that regime forces mobilized along the western border of the 55 kilometer zone. As they attempted to approach the area, clashes broke out between the two sides, resulting in heavy losses for the attacking forces. The group, which receives support from the International Coalition, affirmed that regime forces had been defeated outside the zone.

Mughawir al-Thawra has repeatedly halted attempts by regime forces to attack the zone, previously announcing that it had killed 12 regime and Iranian fighters who had tried to approach. In February, the faction announced the death of one of its own fighters during clashes with regime forces who had infiltrated the zone.

The International Coalition against the Islamic State controls the 55 kilometer zone, where the al-Tanf US military garrison is located, as well as the al-Rukban displacement camp.

The US and Mughawir al-Thawra conducted joint military exercises in al-Tanf and its surroundings in September 2019, and in October 2018, when it carried out training airstrikes within the 55 kilometer zone near the garrison “to demonstrate their ability to protect the area from any threat.”