Israeli soldier have conducted military exercises on the border with Syria, reportedly to raise their combat efficiency reports Al-Masdar. 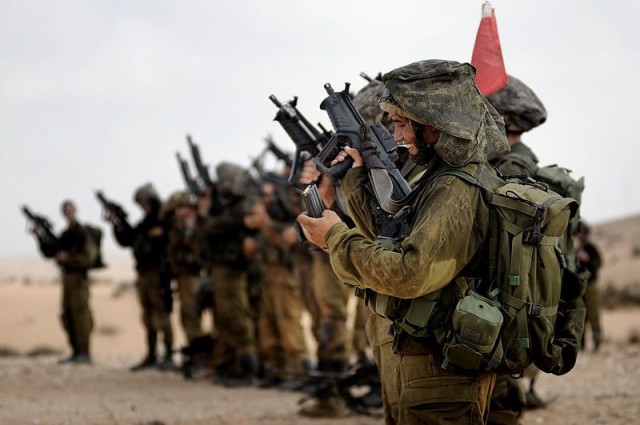 The Israeli Defense Forces (IDF) conducted military exercises in several settlements in the Upper Galilee region, near the Syrian border on Sunday.

The Hebrew-language Channel 7 reported that the Israeli military exercises would take place in the settlements of Journ, Shlomi, the village of Zar’ayt , and al-‘Aramashah in the Upper Galilee region.

The channel confirmed on its website that the military exercises will begin this morning, and will continue until next Thursday, during which time the residents will witness the active movement of military vehicles.

They indicated that these military exercises that are taking place near the Syrian border in order to raise the combat efficiency of the Israeli soldiers, and that these exercises were scheduled, as part of the training plan for the current year, 2020.