A number of fighter from the National Defence have been recruited by Russia, to fight in Libya alongside for forces of Haftar reports Brocar Press. 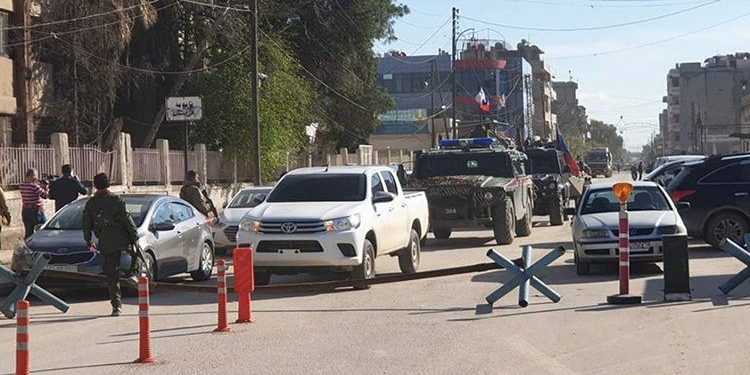 Russia has begun recruiting mercenaries from the National Defense, one of Qamishli’s most important pro-regime militias, to fight alongside Haftar’s forces in Libya, an exclusive source told Brocar Press.

According to the source, at least six fighters have been transported via Qamishli Airport to Lattakia, after which they will be taken to Libya to fight for 1,000 dollars per month.

The recruitment process began in secrecy, the source said. The six fighters from the National Defense failed to show up to their military headquarters in the regime-held neighborhood of Tei in southern Qamishli, as they had been recruited to fight in Libya and were transported to Lattakia.

While the source added that the initial recruitment would be limited to the ranks of the National Defense and other pro-regime forces in the governorate, he did not rule out that continued recruitment could extend to the tribes at a later time.

Russia has several military bases across Hassakeh governorate, the largest of which is Qamishli Airport. Russian forces have ramped up efforts recently to communicate with local actors and activists to gain the trust of residents, such as meeting with notables and tribal sheikhs as well as Self-Administration leadership.

The first batch, numbering about 85 fighters, left rural northern Homs on May 8, 2020, for Russia’s Hemeimeem Airbase for transport to Libya.